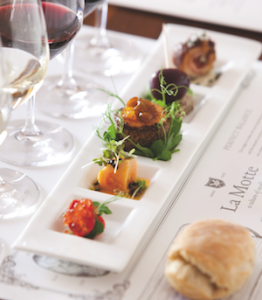 I had a lovely chat with South African Drinks International‘s Rick Beaumont earlier this week, about the devastating fires in Cape Town, and the latest results of the 2015 Drinks International Wine Tourism Awards, which had not yet been posted on their website.

The Cape Winelands dominated the Awards, winning four out of eight category Awards, against the UK, the USA, Spain, Italy, Greece,  Argentina, Chile, and Portugal.

*   Most Innovative Tourism Experience – Val du Charron Wines in Wellington :’The South African producer, based in Wellington, transforms its cellar into a theatre with catwalks and actors during the winter to educate and entertain visitors‘.

*   Best Food and Wine Matching Experience – La Motte :’Very focused with a lot of thought and detail. There is a cookbook and good use of social media’.

*   Best Promotional Body – Stellenbosch Wine Routes :’Representing 152 wine farms, SWR’s aim is to represent the region and its people. The route’s objective with its Summer Palace in Johannesburg was to “kindle nostalgia and awareness to encourage people to visit the region”. Its wine festival attracted more than 30,000 people over 10 days. In November it opened a visitor centre in Stellenbosch’.

The Cape Winelands can be proud of its performance at the 2015 Drinks International Wine Tourim Awards, placing the region on an international par.