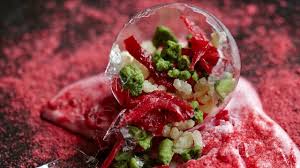 Franschhoek has joined The Délice Network of Good Food Cities of the World, an international network of cities promoting the benefits of culinary excellence and good food, in partnership with the Cape Winelands District Municipality.

The Délice Network has 21 member cities, including Barcelona, Madrid, Montreal, Lausanne, Milan, Copenhagen, Chicago, Gothenburg, Birmingham, Helsinki, and Brussels. It is the only city in the Southern Hemisphere to be a member of the Network.  The Network was founded in Lyon.

The President of The Délice Network, Jean-Michel Daclin, said: ‘Gastronomy is an integral part of the heritage of our cities.  It expresses a way of living, and is a key tool for our cities in terms of taste education, living quality and promotion of tourism.  Our goal is to join together forces, talents and ideas, to exchange on the theme of gastronomy and good food’.

Membership criteria for the Network are ‘an outstanding gastronomic culture, actions for citizens’ taste education and good food consciousness, the use of gastronomy as a tool for tourism and promotion of the local area’s food diversity’, according to the media release received.

The Délice Network will support Franschhoek’s promotion of its region’s Food Tourism.  Franschhoek Wine Valley CEO Jenny Prinsloo said it is an honour to join the Network. ‘Home to some the most celebrated chefs our country has to offer, Franschhoek has earned its title over several years as South Africa’s Culinary Capital’, she said.