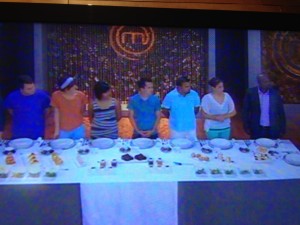 Last night Leandri van der Wat was the star of episode 23, highly praised by Chef Prue Leith, an icon of South African cooking and a Michelin star and multi-award winning chef in the United Kingdom.

Having returned to the MasterChef SA kitchen at Nederburg after three episodes were based in Ethiopia and one in Johannesburg, the six Finalists were invited to join ‘culinary royalty‘ and ‘living legend’ Prue Leith and the three judges Benny Masekwameng, Pete Goffe-Wood, and Andrew Atkinson to enjoy a South African ‘tee en koek’, which included melktert, koeksisters, and vetkoek with mince.  Chef Prue was introduced as having two cooking academies, one of them being the Prue Leith Academy 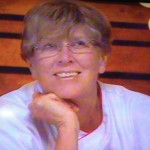 in Pretoria; a catering company; a Michelin star restaurant; cooking shows on television; cookbook writer, of which one is a ‘cookery bible‘;  and recipient of the Member and later Commander of the Order of the British Empire. She was born and bred in South Africa, but has lived in the UK for over 60 years. She said that she serves on the Board of Safeway, Whitbread, and the Orient Express hotel group (which owns the Mount Nelson).  Kamini Pather called her an ‘idol‘.

She is very specific about what she likes on a plate of food, saying ‘food is fashion‘, expressing her irritation with too many ingredients on the plate, and being too complicated with too many elements,  ‘not turning me on’, she said!   It is unfortunate that we did not get to see any of her food and its plating. Her Twitter Bio is short and sweet, and puts cooking into second place: ‘ Novelist, cook, businesswoman, grandma‘.   She shared that she had started off young and enthusiastic, unable to choose a specific cooking focus, so she learnt all of it, becoming particularly inspired about food in France.  While they shared the tea and treats with Chef Prue, she asked each of the Finalists what they wanted to be, and her heart went out to Leandri immediately when she spoke about her goal of ‘food philanthropy’, Chef Prue being involved in teaching young people how to cook, and dropping off food at schools.  She also said that one must fail to be successful as an entrepreneur. 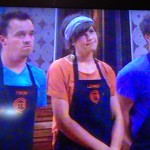 Having lost the team challenge in Chinatown in episode 22, the Blue team members Leandri, Jason Steel, and Tiron Eloff had to go into a Pressure Test, being asked by Chef Prue to cook a dish worthy of 1 or 2 Michelin stars with iconic South African ingredients.  They were given 90 minutes in total, which included 10 minutes in the well-stocked Pantry (another plug for sponsor Woolworths), which included springbok, ostrich, sweet potato, mebos, mielies, mussels, ‘boerpampoen‘, and yellowtail.  Chef Benny wished the Finalists well, and said they should ‘give it your all‘. Their challenge was to turn Proudly South African ingredients into a Michelin star restaurant plate.

Tiron said it was an exciting challenge, making biltong rosemary crusted venison medallions, sweet potato fondant, and a rooibos jus with mebos, the latter ‘giving the sauce a fruity edge and killing the tannins in the wine’.  Chef Prue liked the idea of the dish, saying it was ‘simple but nice‘.  He got stuck with his plating, the sweet potato not smearing well, and he redid it a number of times, as the consistency was not right.  He was calmed down by Chef Pete, who said that he had enough time to plate.  In presenting his dishes to the judges, 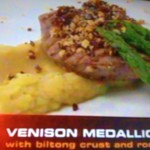 he said that the plating may not have been of Michelin star standard, but that the flavours are there. Cooking this dish ‘felt fantastic’, he shared.  Chef Prue praised him for being focused, for just getting on with making the food, and that one can see that he enjoyed the experience.  Chef Prue said that the jus had not reduced enough (he should have just left the lid off the pot), making the sauce too thin, and make it smell ‘winey‘. But everything else on his plate was perfect.  Chef Pete said that the biltong rosemary crust was perfect, and the dish was beautifully seasoned. Chef Benny said that he liked how Tiron had used the feedback received week after week, improving each time.

Leandri said it was a ‘fair challenge‘, which ‘allows you to be your best’.  She decided to make seared ostrich fillets, pumpkin ‘poffertjies’, pea purée, with a savoury wafer made from pap (described on Twitter as the most South African dish of all), her dish being inspired by the iconic South African Braai.     She had by far the most ingredients, with six elements on her plate.  Her sister Seline van der Wat watched from the mezzanine level above, and closed her eyes in fear for her sister.  While she was working on her dish Leandri said that she was ‘investing in her life 20 years down the line’ in cooking the dish.  When 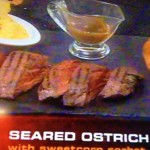 Chef Prue came to her cooking station, and when she heard what Leandri planned to prepare she was impressed, saying that she was innovative, brave and ambitious.   She was philosophical about her work, saying that if she was eliminated ‘I couldn’t be prouder‘. Chef Prue was very critical of Leandri’s choice of slate as her serving dish, saying that black is a bad background colour for food, and that cutting food on slate makes a terrible sound. Despite the harsh criticism, Chef Prue raved about Leandri’s inspiration and energy, and had to admit that she would have been wrong if she had critiqued the 6 elements on the plate, as would have been her normal inclination.  She replied that she was not playing it safe, and was thinking out of the box.  Chef Andrew said that what she prepared is ‘what we want to see’, and praised her for the superb plate, Leandri having ‘found herself‘.  Chef Pete added that Leandri had trouble in following the briefs in the past, but that she was ‘magnificent and exceptional’, her dish reflecting a shift in her passion.

Jason prepared loin of springbok (which he had marinated in salt, pepper and olive oil), sweetcorn purée, wild mushrooms, and sweetcorn fondant.  He wanted to go the classic route, with fewer elements, being advised by Chef Andrew that each element must be perfect if there are fewer items on the plate.  He said that he had cooked from the heart, and that he had remained composed.  He said a number of times that his plating would be of a high standard. Chef Prue was critical of his smear, saying that his ‘smearage’ was 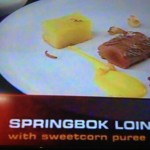 untidy, and that smudges and his fingerprints showed on the plate.  Yet she praised the dish for being really satisfying and flavoursome. Chef Andrew said that the sweetcorn purée was the best part of the dish, being rich and buttery. Chef Pete added that it was a good plate of food, but looked similar to other dishes he had presented on the show previously.  Chef Benny liked the sauce, being full of flavour, and suggested that the sweet potato could have been done as rosti to give a crispy texture.

Chef Prue was an inspirational taskmaster, and despite being harsh in her feedback, she had many nice things to say about each Finalist, boosting their confidence. She said that it was a ‘real thrill’ to be involved, and that the Finalists were not amateurs, but professionals, and that all five would go far.  It was clear to hear and see how Chef Prue took to Leandri, and one could almost see herself in the young Leandri, with her energy, creativity, and enthusiasm.  She said what the judges must have been thinking too: ‘I really hate it when they’re all good. It’s so difficult to judge. They’re so nice, you want them all to win‘!  All three Finalists were praised for having done a superb job and for having prepared stellar dishes. 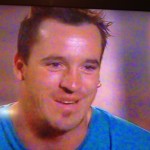 It was a shock when Tiron had to leave MasterChef SA, having been tipped to be a favourite to win.  He was praised for being Top 6, and for his journey just beginning.  Tiron said that his self-confidence has grown, and that he now knows what he is capable of, being capable of becoming a celebrity chef, or a Michelin star chef!