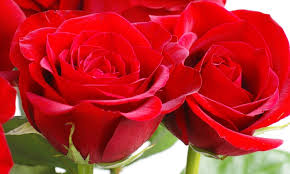 February is the best month for the Tourism industry in Cape Town, mainly driven by the Mining Indaba, as well as Valentine’s Day, which falls on a Saturday this year.

The following events will boost the coffers of the Western Cape in the next three weeks:

*   The Cape Town Electronic Music Festival runs from 3 – 8 February.  The website reflects that the City of Cape Town is sponsoring the event, no doubt in providing the City Hall at no charge.  This is how the venue is described: ‘Voted number 1 global destination by New York Times (that was in 2014, this year Cape Town has fallen off its ‘52 Places to go‘!), Cape Town is world renown as a mixing pot of culture 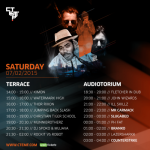 and diversity. The City boasts various iconic historical buildings and sites which add to the richness of our collective past. The Cities (sic) involvement has been with support of CTEMF with use of one such venue – The Cape Town City Hall. A magnificent turn-of-the-century building that features a breathtaking performance Auditorium, the setting for CTEMF 2015′.   The Department of Arts & Culture and Red Bull Studios also sponsor the event.  El Burro and Molten Toffee food trucks will be on duty over the weekend.

*   takealot Cape Town Tens, on 6 and 7 February at the Hamilton’ Rugby Club in Green Point, is the world’s largest Tens rugby tournament in the world, its website claims.  Hundred rugby teams will participate, with 50 netball teams too, making it the biggest sport event in our country.  Bands will perform, with ‘Africa’s biggest beer tent‘ on the grounds too.

*   The Mining Indaba, officially called the ‘Investing in Mining Indaba‘, will run at the Cape Town International Convention Centre for a week, from 9 – 13 February, and its impact is dramatic, almost all accommodation and restaurants in Cape Town sold out at that time.   More than 900 mining corporates are expected to attend, to hear 50 experts present papers at the conference.  The Indaba is described as ‘the world’s preferred destination for deal-making in African mining‘.

*   The Sunshine Ladies Golf Tour Open will be hosted on 26 and 27 February in Cape Town for the first time, at the Royal Cape Golf Club, and is sponsored by the City of Cape Town.  The winner will win R100000 prize money.