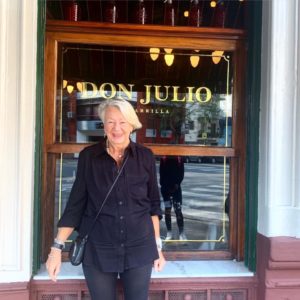 Whilst visiting Buenos Aires, I was very fortunate to be able to reserve a table each at Tegui (86th Best) and at Don Julio Parrilla (34th Best) on the World’s 50 Best Restaurant List. The two Argentinian restaurants swopped rankings this year, Don Julio having previously played second fiddle to Tegui, and the steak specialist restaurant jumped an incredible twenty one places to make it into the World’s 50 Best List, whilst Tegui dropped 31 places. My Tegui Review is on my Blog, and explains why the restaurant lost its standing this year. END_OF_DOCUMENT_TOKEN_TO_BE_REPLACED

*   96 Winery Road is hosting a combined Thelema and Sutherland 5 course dinner, pairing each of 4 courses with a wine of each of the two brands, both made by winemaker Rudi Schultz, who will be present at the dinner on 18 July. Cost is R350. (received via e-mail from 96 Winery Road)