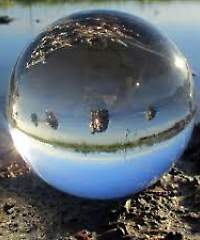 American tourism consultant and speaker Dr Peter Tarlow has made some predictions for the tourism industry in 2014.   He believes that not much will change relative to 2013, but has identified some trends that could impact on the tourism industry globally, as reported by eTurboNews:

1.  The economic status of the world in the past few years has placed greater emphasis on the ‘middle class‘, representing the largest number of travellers.

2.   Middle class travellers tend to be more forgiving of tourism mistakes and less perfect service.  They are however sensitive to economic changes, and the cost of credit in particular.  Interest rate increases makes the use of credit more expensive, and can affect travel. As they live on a budget, middle class travellers will be affected by their expectation of taxes and other major cost increases.  Stock market trends influence confidence, even if the middle class does not own shares.

3.   The upper class is more demanding of service when travelling, and less reliant on and believing in marketing.

4.  Security remains an important issue, and global events, such as the Winter Olympics, the Summer Olympics, and the 2014 World Cup will create security challenges, including terrorism, for Brazil in particular.

5.   Airlines will increasingly be disliked, as their service diminishes, as their rates increase, as they merge to save costs, as they END_OF_DOCUMENT_TOKEN_TO_BE_REPLACED

*   Chinese tourists have surpassed German and American tourists in expenditure for the first time, spending more than $100 billion on tourism in the past year, a 40% increase.  South Africa does not yet feature on the top 10 list of countries Chinese visitors would like to visit.

*   Distell’s earnings grew by 12% to reach R15,9 billion, and its profit by 10%, the weak exchange rate being a boost to sales, especially within Africa.