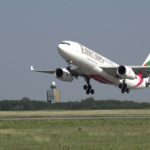 The Sweet Service Award goes to the Travel Clinic, and its Dr Etienne Fourie and assistant Debbie Gresak, who managed to squeeze me in with no booking for a Yellowfever vaccination for an overseas trip, having been recommended by Grant from the Bantry Bay Pharmacy. Debbie did the paper work, spoke to the doctor to squeeze me in before a delayed patient, and offered to claim for part of the cost from Discovery! Excellent friendly service, END_OF_DOCUMENT_TOKEN_TO_BE_REPLACED 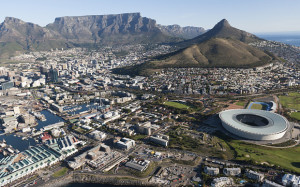 Today the peak of the Festive Season comes to an end, as visitors from Johannesburg and other parts of the county and the world return home, to start work on Monday. END_OF_DOCUMENT_TOKEN_TO_BE_REPLACED

*   The wing of a BA plane with 182 passengers on board, rolling to the runway to London,  hit a building at OR Thambo airport in Johannesburg when the pilot allegedly did not follow the instructions re the runway to use.

*  The V&A Waterfront has completed a R 140 million upgrade, adding Pick ‘n Pay’s Western Cape flagship store now 6500 m² in size; created parking on the same level, having linked two different parking garages; and added 1400 m² upstairs by connecting two passages, expanding the size of Edgars, and adding four new shops.  Its CEO David Green says that there was little disruption to the operation of the mall, but many customers, including ourselves, have expressed their annoyance  at shopping on a building site for nine months.  On average they receive 60000 visitors every day, but they have had days of double that number (we question how they measure the visitors, not having an electronic car counter as they had in early days).

*   Justine Sacco, who achieved notoriety in writing the ‘worst Tweet of 2013‘,  appears to be on holiday in Cape Town END_OF_DOCUMENT_TOKEN_TO_BE_REPLACED

*   Morgenster Extra Virgin Olive Oil achieved a score of 98 out of 100 at the international Flos Olei 2014 competition, one of only eleven in the world and the only South African brand, and was named one of 20 ‘Made with Love‘ best olive farms in the world.  Morgenster owner Giulio Bertrand says that his Italian olive trees and expertise, the exceptional South African terroir, and a focus on quality throughout the production process has led to their success. Flos Olei’s described the Morgenster olive oil as follows: ‘We recommend the Extra Virgin Morgenster, which is an intense limpid golden yellow colour with slight green hues.  Its aroma is definite and elegant, rich in vegetal hints of freshly mown grass, artichoke and chicory, together with distinct notes of mint and rosemary.  Its taste is full and strong, with a flavour of thistle, lettuce and black pepper. Bitterness and pungency are distinct and balanced, with a sweet almond finish’. (received via media release from North & South PR) 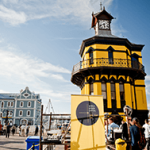 Capital 2014 will open its doors this week at The Clocktower in the V&A Waterfront. (received via newsletter from Cape Town Design NPC)

*   The Queen Mary will be docking in Cape Town next year, on its 10th anniversary world cruise.

*   British Airways is increasing the number of its flights to Cape Town during our winter compared to previous years, it announced in Cape Town yesterday. The airline will increase its services from END_OF_DOCUMENT_TOKEN_TO_BE_REPLACED

*   BA has cancelled some of its flights from Heathrow today, due to heavy fog.

*   The MOYO group of restaurants, eight of which employ 600 staff, has ‘commenced voluntary business rescue proceedings.  Business rescue affords protection for all key stakeholders’ interests in the business to be understood and protected while the optimal solution for all involved is determined‘, MOYO is quoted as saying in a Business Day report.

*   Skywise and FlySafair are both low cost airlines due to take off soon in flying between Cape Town and Johannesburg, with FlySafair having an advantage in taking off on 17 October, despite criticism that it is not meeting the ownership criterion of no more than 25% foreign ownership.

*   BA will cut its number of flights per week between London and Johannesburg from 17 to 14 in February, when it introduces the A380 aircraft on this route.

*   Ending its themed ‘Taking Tapas to…’ dinners, Bistro Sixteen82 is going Asian for the month of October. Ten dishes from the Orient include Sticky 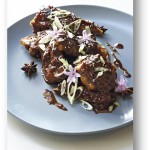 Chinese Ribs and Teriyaki Chicken.  From November the restaurant returns to its classic tapas menu. (via media release from Communication Services Africa)

*   Parliament has a wine cellar with 3000 wines, writes Emile Joubert. Called the Speaker’s Parliamentary Wine Cellar,  Speaker of the National Assembly Max Sisulu said that Parliament is situated ‘around the END_OF_DOCUMENT_TOKEN_TO_BE_REPLACED

*   BA is seeing increased business on its Africa routes and has already announced that it is putting ts A380 onto the Johannesburg route from February 2014.  The airline also is increasing its flights to Ghana, Uganda, Liberia, and Serria Leone,  whilst cutting those to Lusaka.

*   Increasing power and staff costs are major threats to the local wine industry, a study by PricewatershouseCoopers has revealed.

*   The Captain DoRegos take-away franchise is to be expanded into the rest of South Africa, and even into Africa, the Spur Corporation has announced.

*   Signal Hill in Cape Town may have a controlled access system between 22h00 and 5h00, to control crime during the evening.

*   The 2013 Sustainable Tourism Marketing Guide is about to be published, co-sponsored by Cape Town Tourism.

*   Travelers in the UK, USA, and Australia use a mix of e-mails (for reminders), mobile apps, and online (to make bookings) before, during, and after their holiday. Surprising is that 70% switch off whilst on holiday, especially the UK tourists.  Most of those sharing their holiday information and photographs do so when they return from their holiday.

*   Southern African Tourism Update has announced that BA is introducing two A380 aircraft on its London – Johannesburg route from February (three times a week), and six times a week from March, with discounts of about 40%.

*   Golf tourism will be an important part of the sports tourism strategy that is currently in development by the Department of Tourism, said its Deputy Minister Tokozile Xasa a recent seminar exploring the potential of the South African golf tourism market.  South Africa has a great golf product offering, but lack of awareness and access are the major obstacles to growing the market.  Interesting golf tourism statistics were shared at the seminar:

• ‘There are 54 million golfers worldwide

Tourist attractions in Cape Town reported an increase in visitors during December, but Cape Town International airport bucked the trend, announcing a reduction in passenger arrivals in December 2012 relative to December 2011.

Cape Town International saw a 10% decline in passenger arrivals, which the Cape Chamber of Commerce and Industry has blamed on SAA cutting its London – Cape Town route.  The Chamber has been known to make incorrect statements relating to the tourism industry in the past, especially in the term of its previous President Michael Bagraim, not appearing to have a good grasp on the Cape tourism industry.  We have not had any feedback from tourists complaining about not being able to get to Cape Town, given that BA and Virgin fly direct from London to Cape Town, and a number of other direct flight options as well as those via Johannesburg are available to tourists at varying prices.  A report by the Cape Times quotes Airports Company South Africa Deirdre Davids as saying that passenger arrivals increased by 7% in December 2012, and that international arrivals increased by 17%, but it does not state which period the increases are relative to.

Quick to jump on the tourism bandwagon, but not always knowledgeable about the industry he is meant to represent on the City of Cape Town’s Mayoral Committee, is Councillor Grant Pascoe, who issued a media release in December about the City’s November tourism performance, adding up the visitor numbers for the Big Six City tourist attractions, and coming up with a figure of ‘over 2 million people’, without taking duplication of attraction visits into account!  The media release comes from the City of Cape Town’s ‘Integrated Strategic Communication and Branding Department’, but does not have an author, its poor writing comparing with the poor media releases generated by Cape Town Tourism!

The media release reported the following visitor numbers in November 2012:

*   Table Mountain (Cableway, one assumes that this is the measured entity, but it is not specified by Pascoe): ‘just over’ 90000

The Cableway reported that it had achieved its best ever ticket sales of 119000 in December 2012 (it ran a price reduction promotion for locals to thank them for voting Table Mountain as a New7Wonders of Nature at the beginning of December!), and on Boxing Day 7500 visitors went up the mountain, its best day of the month.  Similarly Kirstenbosch increased its numbers, at 82000.  Robben Island ticket sales have been on a downward trend since 2010.  The V&A Waterfront claimed to have received 3 million ‘visitors’ in December 2012, reported Business Day, an increase of 10% on December 2011, claimed the V&A Waterfront CEO David Green.  This implies a 67% increase relative to November 2012! One wonders how the Waterfront measures the ‘visitor numbers’, and what percentage of these are in fact Capetonians shopping there, and going to the movies or eating out, as we have written before.  The V&A used to have a counter on the road at its entrance, but it is not visible any more.  This could make the V&A figures misleading as far as its tourism visitorship is concerned!

If Cape Town International is reporting a 10 % decline for December, and the local tourist attractions reported an increase in visitor numbers, it means that the Cape had more local (Western Cape) visitors to Cape Town, and South Africans who drove instead of flying to Cape Town, possibly due to excessive airline prices, even for domestic flights, and car rental costs.

Once again Cape Town Tourism CEO Mariette du Toit-Helmbold referred to Seasonality, paying lip service to fixing the problem, as she does year after year: ‘We need to work really hard and continue the effort to promote Cape Town as a year-round destination and encourage visitors to travel out of the peak season so we can extent (sic) our season all year round‘, reported EWN!  Interesting is that Cape Town Tourism admitted that Cape Town could not cope with the tourism numbers over the Festive Season, with rental cars sold out, limited parking, and increased traffic, said its PR and Communications Manager Skye Grove, according to a report in the Cape Argus, a predictable problem, but one which Cape Town Tourism did nothing about, all its top management having been on holiday over this period!

The publicity surrounding the December tourism performance is interesting, as the month has a summer seasonality component, as we are seeing for each of the summer months, with the exception of February.   So, for example December had two very poor weeks in the first half, and Cape Town only filled up just after Christmas, therefore containing only a small Festive Season tourism component.  Our Whale Cottage Camps Bay occupancy figures show that the December 2012 occupancy of 61% fell from the 70% in December 2011, and is still far below the record occupancy of over 84 % and higher in 2009, 2008, and 2007!  Pascoe’s claim that ‘the City’s tourism industry has been enjoying a steady annual increase in visitor numbers’ is misleading and factually incorrect!