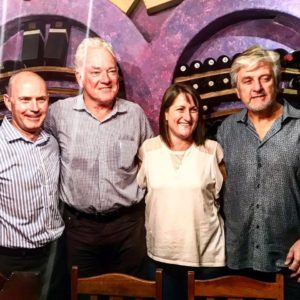 On Thursday we saluted Ken and Allan Forrester, Natasha Wray, and Martin Meinert, the four original  founders of 96 Winery Road on the outskirts of Stellenbosch, who still jointly own the restaurant 21 years later. It was a Media Lunch filled with nostalgia and reminiscing, being served the restaurant’s most popular dishes over the 21 years. END_OF_DOCUMENT_TOKEN_TO_BE_REPLACED 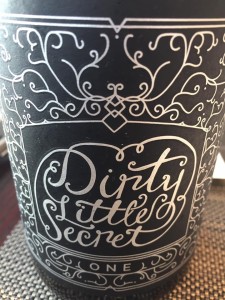 The invitation was enticing: join Chenin Blanc king Ken Forrester at The Westin on the 19th floor, to hear about his Dirty Little Secret, and it is no wonder that they had a full house, with trade representatives as well as writers attending! END_OF_DOCUMENT_TOKEN_TO_BE_REPLACED 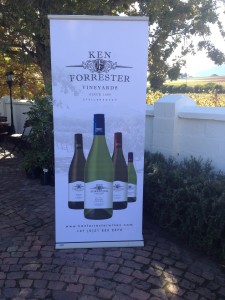 On Tuesday last week I was lucky to be part of a small group of writers invited to attend a special tasting of 21 Ken Forrester Vineyards’ wines, in celebration of their 21st anniversary. The range of wines reflects the multi-faceted personality of owner and winemaker Ken Forrester!

We met at the tasting room, and were welcomed with a glass of Sparklehorse MCC, and oysters and salmon canapés.  It was the most beautiful day, and the tasting took place in Ken’s beautiful Cape Dutch manor house, dated 1694 on the gable, with the first vineyards having been planted in 1692. I loved the light yellow walls with a vine leaf mural all along the top part of the walls, the paintings, the vases with flowers, and the ambiance of and views from the Voorkamer.

Previously in the hospitality industry in Johannesburg, Ken and his wife Teresa moved to Stellenbosch in 1993, having bought the property with a house and a vineyard in a derelict state, Ken shared.  He and Teresa painstakingly 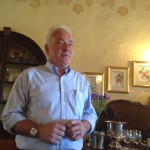 renovated the house, to return it to its former glory, and turned the farm around. Despite experiencing highlights as well as low lights on the property (e.g. the toughest ever year was 2002, with downy mildew a number of times), but Ken said that it was all worth while, and that they live in paradise.  They live on a farm but they are 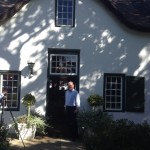 almost in town, he added.  In answering a question, Ken said that their new venture had to be in Stellenbosch.  He had previously worked for Southern Sun when Sol Kerzner was in charge, and then moved into the restaurant industry, buying a share in Gatriles in Johannesburg. His restaurant industry background reflects in the joint ownership with his brother Allan of 96 Winery Road down the road from his wine estate, and he brought Gatriles’ famous duck and cherry pie recipe with him to Stellenbosch, where it has become a favourite too.   Their property is 126 ha in size, and he has rented another property of equivalent size, which he and his team manage, to control the quality of his incoming fruit. END_OF_DOCUMENT_TOKEN_TO_BE_REPLACED