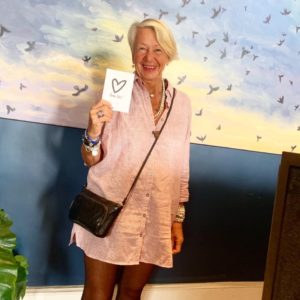 Lima is the world’s best Restaurant city, with two restaurants in the Top 10 of the World’s 50 Best Restaurants List. When I decided to make a three day stop in Lima, to experience what makes this city so exceptional, I could not get a seat at Central (6th Best) or at Maido (10th Best), nor at Astrid y Gastón, now at 67th Best in the 51 – 120 sublist for 2019, having been a World’s 50 Best restaurant for many years, at number 36 in 2018. Being in Lima but not being able to eat at any of its top restaurants was frustrating, so I wrote an email to Astrid y Gastón restaurant, kindly asking if they had a table available for me. And they kindly replied with a Yes! And I was lucky to get into Central Restaurante too, also in the last minute, as well as at Kjolle, the sister restaurant to Central. A three day feast.  END_OF_DOCUMENT_TOKEN_TO_BE_REPLACED 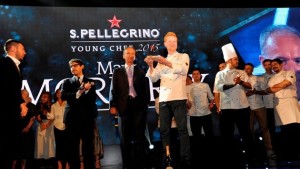 Last week the whole of Cape Town, if not South Africa, was rooting for Chef Angelo Scirocco of The Chef’s Warehouse in the S. Pellegrino Young Chef 2015, representing Africa and the Middle East, but it was not meant to be.  Chef Mark Moriarity from Dublin won the title in the inaugural competition, which received 3000 entries from END_OF_DOCUMENT_TOKEN_TO_BE_REPLACED 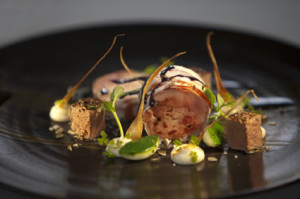 Not only talented Young Chefs from South Africa, but also some of our top celebrity chefs will be involved in judging the best S. Pellegrino Young Chef in the Middle East and Africa, taking place in Milan from 25 – 27 June.  Cape Town and the Winelands have four of ten Young Chef nominations for the judging region, and one celebrity Chef international judge.  A total of 3000 Young Chefs entered the Young Chef competition globally.

The four Cape Town and Winelands Young Chef nominees, having to be under the age of 30 years to qualify, are the following: END_OF_DOCUMENT_TOKEN_TO_BE_REPLACED

If it had not been for Cape Town urban farmer, eco-activist and food blogger Matt Allison addressing us at the Food & Wine Bloggers’ Club meetings in August and September, I would not have known about the MAD (means ‘food’ in Danish) Foodcamp ‘Planting Thoughts’ symposium, which he attended in August, as the only South African in an elite group of 250 hand-picked chefs, food scientists, foragers, microbiologists, and policy-makers.  The workshop resulted in an important appeal to chefs to change the world, by going back to the roots of food growing and sourcing.

The MAD Foodcamp was held in Copenhagen, and was organised by Chefs Rene Redzepi and Claus Meyer, co-founders of Noma (food photographs below from this restaurant), the top S. Pellegrino World 50 Best restaurant for two years running.  Concerned about the projected shortage of food, showing that food production must increase by 70 %, to feed an estimated population of 9 billion by 2050, Redzepi invited applications for attendees at his MAD Foodcamp. Fellow 50 Best Restaurant chefs who presented included Michel Bras from France, David Chang from momofuku Noodle Bar in New York, Alex Atala from D.O.M. in São Paulo, Daniel Patterson from Coi in San Fransisco, Yoshihiro Narisawa from Les Creations de Narisawa in Tokyo, Andoni Aduriz of Mugaritz in Spain, Gaston Acurio from Café del Museo in Lima in Peru, and Ben Shewry from Attica in Melbourne, reported the Sydney Morning Herald.

The following key recommendations resulted from the MAD Foodcamp:

*   Sourcing food locally is paramount, and it is available to chefs from their purveyors, and can be grown by themselves too. The impact of rising petrol prices on food prices will ensure that chefs seek more local food supply.  But local food is not always desirable, and nations should become proud of their culinary heritage again.

*   There will be a move away from meat, as it was in past generations.  Meat production impacts on the soil, energy usage, water supply, and carbon output, and therefore a new balance between proteins, cereals and vegetables needs to be found.  Chef Michel Bras said that vegetables should be made to be as important and as desirable as meat in restaurants.

*   Soil plays a role too, and Chef Yoshihiro Narisawa serves a soup made from organic soil.  Ideally, food planted should not have to be irrigated and spayed with chemicals.  Monocultures are destructive to the soil. Rice, wheat, corn and potatoes supply 60% of calories, and chefs are challenged to make something new with them, but should instead look at finding bygone varieties.

*   Food foraging is all the trend, and edible plants could help make up the shortage of food.   Ethnobotanist François Couplan has identified 80000 varieties of edible plants, documented in 65 books he has written. Many of these have greater health benefits than the foods that we know.  Author of ‘The Forager Handbook’, Miles Irving said that wild foods are the ultimate in being seasonal, local and sustainable, and that ‘there is treasure in the woods and fields’. Chefs who forage need to know which plants and other foods are plentiful, and which are scarce and endangered.

*   Urban gardens are an answer to food shortages too, and we have seen Matt becoming a local urban farmer, renting unused land from the City of Cape Town to grow vegetables.  It is estimated that New York could produce 3 million tonnes of food per year on city rooftops, in parks and in private yards.  City beekeeping is being encouraged, and this honey is cleaner and healthier than that from the countryside, less contaminated with pesticides.

*   Insects are a valuable source of protein, and can also be used to address food shortages.  Chef Alex Atala encouraged delegates to eat Amazon ants, tasting of lemongrass and ginger. Other edible insects include ant eggs, grasshoppers, and termites.

*   Farmers should return to the old-fashioned way of hands-on farming.  Chefs are encouraged to connect with farmers, and to buy directly from them, rather than via agents or suppliers.

*   The focus should be on children and to re-introduce them to non-processed food, to teach them ‘what real food tastes like’, said Chef Daniel Patterson.

Matt Allison was interviewed about the MAD Foodcamp by Katie Parla for the New York Times as well as for her Blog.