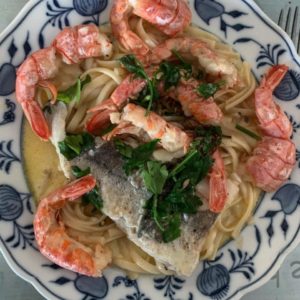 During earlier Levels of Lockdown last year I was invited to participate in the Live-Cook Channel cook-alongs, starting with none less than Chef Luke Dale Roberts of The Test Kitchen. I had the assistance of my MasterChick Jenny Stephens at my side, and she did most of the cooking and I made notes, poured the wine, and took photographs. This was to become our pattern in three such Live-Cook Channel challenges. Yesterday I decided to challenge myself to do the cooking of Chef Reuben Riffel’s Pan-roasted prawns and hake on my own, making it a real hands-on experience.

It was a nerve-wracking experience in preparing it on my own, but I am proud of the end-result.

END_OF_DOCUMENT_TOKEN_TO_BE_REPLACED 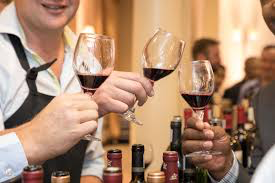 It was the title of an article, looking very much like a copy and paste media release, that caught my eye, announcing the Stellenbosch Fine Wine and Food Festival ón 3 August, to be held in the ‘Gourmet Capital of South Africa’.  In my opinion, Stellenbosch has no such claim to this title, with only one restaurant on the 2019 Eat Out Top 10 Restaurant List!

END_OF_DOCUMENT_TOKEN_TO_BE_REPLACED 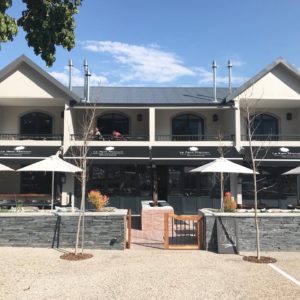 #   Le Petit Manoir has opened as a Deli and Restaurant in Franschhoek, with Chef Kevin Grobler heading up the kitchen. (Photograph)

#. Michael Townsend, founder of the Harbour House Group but no longer with the Group, is to open The Grill Room in Sunset Beach. He has also bought Sevruga in the Waterfront. A third restaurant, in Sea Point, will open in September 2019.

#  The new Cowboys & Cooks restaurant group is to open a Cowboys and Cooks restaurant in Stellenbosch; The Backyard BBQ in various locations; Cabron Tex Mex restaurants in Durbanville and Stellenbosch, alongside the Bree Street Branch; and Viva Tex Mex in Kenilworth. It has taken over Slug & Lettuce, a Gastropub franchise with six branches, for which a new look and menu will be developed, starting off in Durbanville. The group has also just bought a 50% share in Primi Piatti, with 18 outlets.

#. The Deli Coffee Co is the new rebranded name of four Melissa’s branches: V&A Waterfront, Kloof Street, Somerset West, and Hermanus, owned by Surine van Niekerk. Prices are set to drop, she says. The Waterfront branch has opened in the former Dalliance and White Rabbit space.

#  The La Colombe Group is taking over the bar and restaurant at Le Quartier Français in Franschhoek, after refurbishments. It will be called Protégé. Stephen Raaff is the Head Chef.

#   Chef Bertus Basson has expanded his restaurant empire, opening Eike by bertusbasson as his sixth restaurant, and fifth in Stellenbosch.

Restaurant Review: Salsify at The Roundhouse brings Fine-Dining to Camps Bay, a crazy contrast of colonial and contemporary experiences!

#   Crayfish Wharf is to open in Paternoster.

#  Grande Provence in Franschhoek has opened The Bistro as an extension to their Tasting Room.

#   Ellen Jay has opened as a coffee shop inside Constantia Fabrics.

#  Osetra has opened in Kalk Bay, with co-owner Oscar Kotze.

#   The Commissary will open next door to The Shortmarket Club, with Chef Wesley Randles and Simon Widdison, under the mentorship of Chef Luke Dale-Roberts. It is planned to be a no-reservation, back to basics offering.

#   Gåte restaurant is to open at Quion Rock Winery on 1 December, with Rikku O’Donaghue as the Executive Chef, who worked at a two Michelin star restaurant Merchants Manor before moving to our country. He has been a restaurant consultant locally, including at Sevruga. Head Chef is Warwick King, previously with Delaire Graff, The Stack, and The Ritz Revolving Restaurant. Other team members include Pastry Chef Izelle de Villiers, Nicole Loubser, Tyrone Truter, Josh Crewdson,  and Rufus Scholtz.

#   The Harbour House Group has bought Mondiall in the V&A Waterfront, and is to turn it into a La Parada, to open in November.

#  Chef Peter Tempelhoff has announced that his FYN Restaurant and bar will open in Speaker’s Corner on Church Square in November. Jennifer Hugé is the new GM! And Ashley Moss is the Chef, moving across from the Greenhouse.

#. The Harbour House at Constantia Nek has been remodelled into the fine dining The Restaurant at the Nek, with Chef Dylan Laity in the kitchen.

#   Bobo’s Brasserie is opening in Mouille Point in November, where Pepenero used to be.

#   Chef Chris Erasmus is said to be opening a restaurant at Haut Espoir in November, with Chef Nick Oosthuizen in the kitchen.

#   Haus & Laib Deli is opening in the former Eurohaus space on Loop Street.

#   Anni’s Gourmet  Pancakes & Belgian Waffles has opened in a Franschhoek

#. The Ritz is temporarily closed, and with it its Top of The Ritz and CASA restaurants.

#   Bukhara has closed down in Stellenbosch.

#  Loaves on Long has closed.

#   Chef Archie MacLean has left Catharina’s and moved to Coco Safar. He has since left Coco Safar, and is said to have joined La Petite Ferme in Franschhoek.

#   Chef Richard Carstens has left Tokara Restaurant, and is said to be starting a restaurant consultancy with Chef Reuben Riffel.

#  Chef Archie MacLean has left Coco Safar, and is running Café Bon Bon in Franschhoek with his wife 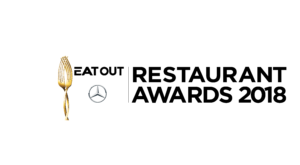 This afternoon Eat Out announced its list of the Top 30 restaurants in our country for this year. The Top 20 restaurants will be revealed at the Awards ceremony on 18 November at GrandWest, and the Top 10 list within that ranking. There are some surprise inclusions and exclusions in this list.  END_OF_DOCUMENT_TOKEN_TO_BE_REPLACED 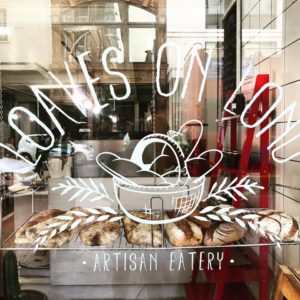 Chef Ciska Rossouw has come a long way with her artisanal eatery Loaves on Long on Long Street, which she opened two years ago. This has been an exciting year for her so far, having taken on a new business partner Rickma Coxon, and having got married. A new exciting eatery development lies ahead.  END_OF_DOCUMENT_TOKEN_TO_BE_REPLACED 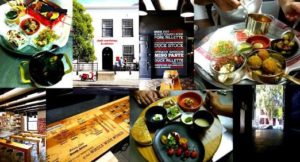 When I saw a link on Facebook to an article ‘10 Best Restaurants in Cape Town 2017′  I was intrigued enough to read it. I found it an interesting reflection of restaurant and chef politics, in that ’14 of SA’s top chefs‘ fed back where ‘they go for a bite when they are not whipping up feasts in their own kitchens’. END_OF_DOCUMENT_TOKEN_TO_BE_REPLACED 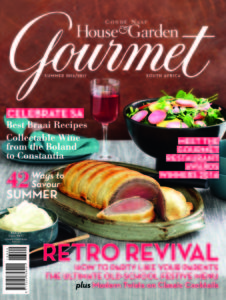 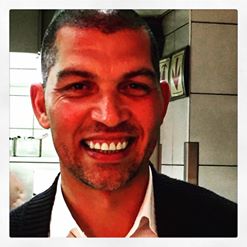 I spent the past four days in Franschhoek, and was able to meet with Chef Reuben Riffel for a coffee, to catch up on his new restaurant in Franschhoek, his new TV show ‘Recipe for Success‘, and the other activities in which he is involved.

END_OF_DOCUMENT_TOKEN_TO_BE_REPLACED 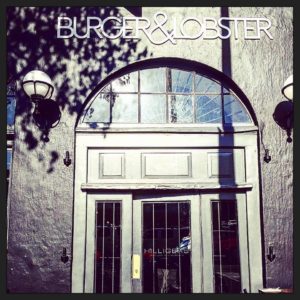 #   Burger & Lobster has opened on Bree Street, with links to the END_OF_DOCUMENT_TOKEN_TO_BE_REPLACED 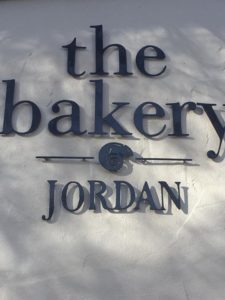 On Thursday I was one of a number of writers invited to the launch of the new The Bakery @ Jordan, on a picture perfect winter’s day, allowing us to sit outside and enjoy the view over the farm dam and onto the Stellenbosch mountains. END_OF_DOCUMENT_TOKEN_TO_BE_REPLACED