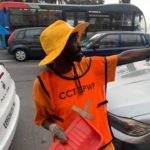 The Sweet Service Award goes to Rainbow swimwear store in Camps Bay, and its Manager Juanita McSweeney, for her kindness in lending the City of Cape Town cleaner a dustpan while he was sweeping the pavements, not having been provided with a dustpan by his employer. I popped into Rainbow, and asked if they had a piece of paper or cardboard for him to scoop the dirt up with, to throw away. Juanita immediately offered him the use of the store dustpan for the rest of the afternoon.

END_OF_DOCUMENT_TOKEN_TO_BE_REPLACED

*   Selling direct to wine lovers is the way to go delegates at a Wine Vision conference were told earlier this week by an international panel of speakers.  Mike Ratcliffe of Warwick Wine Estate in Stellenbosch shared that 22 % of their wine sales is to members of their Wine Club.

*   Prince Harry’s UK, the USA and the Commonwealth teams have flown to Antarctica, for their trek for charity to the South Pole, having been held up in Cape Town for the last four days due to bad weather.

*   Big Concerts has added a third Carlos Santana concert at the GrandArena at GrandWest on 27 February, in addition to 25 and 26 February in Cape Town, and 1 March in Johannesburg.

*   Distell has handed over a whale disentanglement kit to the NSRI in Hermanus, funded by monies raised at the Whale Festival.

*   Cape Town has a new ambassador in Katie Holmes, Tweeting from Table Mountain with a photograph yesterday: ‘Beautiful day in Cape Town’.

*  The SA Brandy Foundation has recognised the contribution of a number of its product drinkers, and has inducted them into the Brandy Guild of SA: Elana Afrika-Bredenkamp, Warren Haefele, Schalk Burger, Wini Bowman, Peter Pitsiladi, Mike Meyers, and Amaro Fernandes. (received via Manley Communications)

*   Carlos Santana will be performing at the Grand Arena in Cape Town on 25, 26 and 27 February, his first Cape Town appearance ever.

*   About 41000 visitors from around the world attended the World Travel Market (WTM) in London earlier this week.