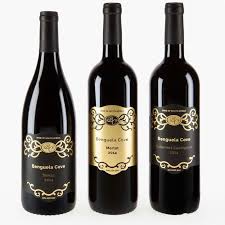 In one of the top coups in the wine industry, Benguela Cove Lagoon Wine Estate has announced the appointment of award-winning Johann Fourie as its head winemaker. Johann left the KWV last week, where he and his team reaped numerous industry awards.

END_OF_DOCUMENT_TOKEN_TO_BE_REPLACED 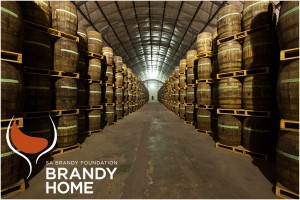 Not to be confused with a private home in which one can drink Brandy, the new ‘Brandy Homes‘ are in fact Brandy producers in the Cape Winelands, the Karoo, and Northern Cape, which have been designed to make its visitors ‘sit back, relax, and learn all there is to know about Brandy‘. The ‘Brandy Homes‘ are an initiative created by the South African Brandy Foundation, allowing Brandy lovers END_OF_DOCUMENT_TOKEN_TO_BE_REPLACED

*   Shocking news is that acting CEO of SAA Nico Bezuidenhout has been moved back to head up Mango with immediate effect.  No explanation for his sudden move has been made, and no announcement as to his successor made. The move may link to the media report which stated that Bezuidenhout had revealed that a deal with Emirates had been stopped in the 11th hour by a high-ranking Parliamentary official. Officially, the move is linked to a Bezuidenhout having completed his 90-day turnaround plan for the airline.

*  Asian hospitality group  Dusit International has signed an agreement with local eLan Property Group to manager two South African, two Mozambique, and one Mauritius property. What is interesting is that the agreement END_OF_DOCUMENT_TOKEN_TO_BE_REPLACED

*   The Department of Home Affairs denies that international tourism numbers have declined in the first quarter of this year, claiming a 0,6% increase in foreign Tourist arrivals. The Department is comparing apples and pears, only providing information about March 2015 relative to March 2014, and not for the full quarter!

*  Noma, the world’s third best restaurant, has announced that it will be END_OF_DOCUMENT_TOKEN_TO_BE_REPLACED

*   The second Cape Wine Auction will be held at Boschendal on 14 February 2015.  Last year the inaugural Auction raised R 7 million.

*   Uber launched UberCHOPPER today, partnering with Cape Town Helicopters, bookable on the Uber App.  An UberBLACK vehicle will collect one from one’s destination, and drive one to the V&A Helipad.  Three flight options are available:  Two Oceans, covering both the Atlantic Seaboard and False Bay; Cape Peninsula, covering the V&A down to the Cape of Good Hope; and customised tours such as to the Winelands, whale-watching, and shark-cage diving.  There is a maximum of three passengers per ride. (received via media release from Uber Cape Town)

*   The 2014 Sport and Events Tourism Exchange commences in Durban in two weeks. Large events are vital for the tourism END_OF_DOCUMENT_TOKEN_TO_BE_REPLACED

*   The Table Mountain Aerial Cableway Company is closing for its annual maintenance from 28 July to 10 August, to meet the standards of the Swiss Governing Body for Cableways.   The Cableway originates from Switzerland.

*   Mercedes-Benz Fashion Week Cape Town will be held from tomorrow until Saturday, organised by African Fashion International with sponsorship support from the City of Cape Town.  The fashion industry has an important impact on the economy of the Cape.  During the event, 27 designers will present their collections over 15 shows.

*   Reuben Robertsons Pop-Up and Pop-In Riffel is travelling through Africa with the Land Rover Africa magazine and TV crew, driving 6500 km from Cape Town to Dar es Salaam.   The purpose of the feature is to promote overland tourism to Sub- END_OF_DOCUMENT_TOKEN_TO_BE_REPLACED

*   Traveling should be easier, and barriers to entry by tourists should be reduced.  E-passports have been proposed for 2020, Tourism Minister Marthinus van Schalkwyk said when he addressed the e-Tourism Africa Summit in Cape Town earlier this week.  ‘We need to address the present outdated system of always having to go to Embassies, filling in forms and standing in queues. In a few years times this will be non-existent’, Van Schalkwyk said.  He also highlighted that industry taxes should be regulated, to make travel more viable and accessible.

*   Travel by young persons has decreased dramatically in the past six years, from 75% in 2007 to 47% currently, to focus on improving their CVs, a study by the World Youth Student and Educational Travel Confederation has found.

*   Southern African Tourism Update has announced that BA is introducing two A380 aircraft on its London – Johannesburg route from February (three times a week), and six times a week from March, with discounts of about 40%.

*   Golf tourism will be an important part of the sports tourism strategy that is currently in development by the Department of Tourism, said its Deputy Minister Tokozile Xasa a recent seminar exploring the potential of the South African golf tourism market.  South Africa has a great golf product offering, but lack of awareness and access are the major obstacles to growing the market.  Interesting golf tourism statistics were shared at the seminar:

• ‘There are 54 million golfers worldwide

One of the specials on the Whale Cottage Spring/Summer specials list  is OYO’s Crayfish special.  Yesterday a group of food and wine bloggers and journalists was invited by Manley Communications, on behalf of their client Newmark Hotels, to enjoy a taste of the Crayfish Special at OYO Restaurant and Cocktail Bar at the V&A Hotel, which costs R185 for 500 gram.  The lunch was perfect for the lovely summer’s day.

OYO means ‘whoa’ in Chinese, a reaction to the food and lovely view from the restaurant onto Table Mountain from the inside tables, and those outside along the quay.   It is also a visual representation of two plates and a glass of wine.  The chef at OYO is Sanel Esterhuizen, relatively unknown, but who has been with the hotel for almost 2 years, and has a wonderful way with the presentation of food.

Newmark Hotels was previously known as the Ambassador Group, and owns the V&A Hotel, the Ambassador Hotel, the Salt Restaurant, Salt Deli, Salt Vodka Bar, Dock House and the Villa Collection.  The Group is on an expansion trail, having bought the old Splendida Hotel on Beach Road in Mouille Point, and is busy renovating the accommodation and restaurant.  The restaurant will be run by Caveau.  In addition, the Queen Victoria hotel, in a building which has housed the management of the V&A Waterfront, is being renovated and will open for business next year.

For the second year running OYO has obtained a “7 ton pre-allocation of crayfish”, translating into 14 000 crayfish tails, which will be served throughout summer.   It is unclear how the allocation works, and whether the crayfish served is fresh or has been frozen before preparation.

The wines for the lunch were sponsored by Hartenberg, a wine estate in Stellenbosch that is over 300 years old, and is a founder signatory of the South African Biodiversity in Wine Initiative, expressing its care for the environment.    Its product portfolio includes The Gravel Hill, The MacKenzie Cabernet Sauvignon Merlot, The Stork Shiraz, Weisser Riesling, ‘The Eleanor’ Chardonnay, Sauvignon Blanc, Cabernet Sauvignon, Cabernet Sauvignon Shiraz, Pinotage, Shiraz and Merlot.   The Shiraz has voted the third best in the world at Syrah du Monde, while its Merlot was judged the world’s best in the International Wine & Spirit Competiton in London.   Earlier this year the Shiraz was named the Best New World wine at the ZÃ¼rich International Wine Competition.

The winelist on the website contains some typing errors, the only flaw about this good restaurant.  What is most impressive is that almost each of the wines offered is available by the glass and by the bottle, 70 wines-by-the-glass in total, which is most commendable.   More champagnes than local sparkling wines are available, the imported ones costing between R 425 for Moet et Chandon Brut to R 2595 for Dom Perignon. Local bubblies range from R37/R190 for Villiera to R 52/R275 for Pierre Jourdan Belle Rose.  Four Shiraz wines are offered – De Meye costs R35/R125 – Bon Courage Inkara costs R79/R295.

The starter was the highlight for me, in its beautiful presentation, being a Shellfish Cocktail, consisting of langoustines, prawns, crab, shrimps, mussels and clams, with a brandy crÃ¨me fraiche served on the side, an unexpected but interesting combination.   It was served with “The Eleanor” Hartenberg Chardonnay 2007.

Other starters range widely in price, from R40 for a vegetable soup to R175 for a delicious-sounding abalone risotto.

The OYO special allows one to order the West Coast crayfish in one of two ways.  The grilled crayfish is served with Malay pilaf rice, roasted vine tomatoes and a selection of three sauces – lemon butter, garlic and peri-peri.   The steamed and then cooled down crayfish is served with a summer melon and herb salad and avocado mayonnaise, which was the option I chose.   The crayfish was perfect, and the avocado mayonnaise a most unusual but lovely combination.  The salad was served in a glass, with tiny balls of orange and green melon, slivers of cucumber, radish slices and herbs, making a lovely accompaniment to the crayfish.   It was served with Hartenberg Sauvignon Blanc 2009.  The menu on the website lists the warm crayfish dish at the usual price of R 275, and a seafood platter for two costs R495.   Other main courses are well-priced between R 100 – R120, for steak, duck, springbok, pork belly, lamb and kingklip.

I did not have the dessert, but it looked beautiful too, being a slice of chocolate tart with mulberry (what a unique ingredient!) sorbet and almond rocks, which was paired with the Hartenberg Merlot 2008.  Desserts range from R45 for bread and butter pudding to R75 for Chocolate nemesis.

The service of the staff was attentive, efficient and professional, constantly topping up the water and the wines.  I was impressed when I was greeted by name on arrival outside the hotel at the drop-off zone, by Manager Mark Gers, a most friendly welcome.

The Crayfish special is excellent value for money for crayfish lovers, and also for tourists who would like to try this South African delicacy.

Disclosure: Guests attending the lunch received a hamper of Hartenberg wines, as well as a voucher to stay in the new Queen Victoria Hotel, opening next year.