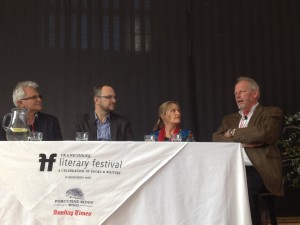 Janet Heard is a journalist wunderkind, her father Tony having been a well-known and highly regarded editor of the Cape Times.  In 2010 she went to Harvard on a prestigious Nieman Journalism fellowship, and said she returned from the USA surprised about how much transformation had taken place in the newsroom at Independent Newspapers in the time that she was away.  She resigned as deputy editor of the Cape Times earlier this year, and has been appointed as parliamentary editor of all the Media 24 titles.  Heard praised South Africa’s media as being robust with good media voices asking END_OF_DOCUMENT_TOKEN_TO_BE_REPLACED