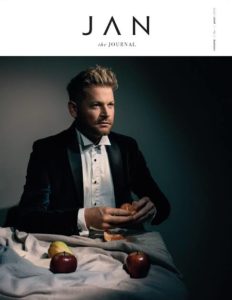 Whilst I wrote SwitchBitch 2 in Apricale in Italy last year, I saw JAN the JOURNAL Volume 1 lying in the Apricus Locanda B & B in Italy. I was intrigued by its look and feel, and content, knowing Chef Jan-Hendrik van der Westhuizen, Chef and co-owner of the one star Michelin restaurant JAN in Nice to be highly creative and meticulous in everything that he does.  END_OF_DOCUMENT_TOKEN_TO_BE_REPLACED 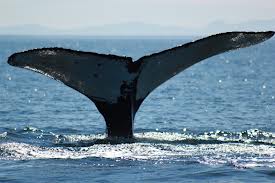 *   The price of petrol will increase by 38 cents a litre on 1 January, taking the new petrol price to R13,20 at the coast, reports the Weekend Argus.

*   According to eTV News (another) new (national) liquor law will force all bars to offer free condoms and free drinking water!   A bartender interviewed said that he did not see it as his job to offer sex education!  In a related article, Hotel & Restaurant writes that other guidelines applicable to accommodation establishments and restaurants that are contained in the draft liquor legislation are that the minimum drinking age may be upped to 21 years; that condoms supplied for free must be tested for efficacy; that pregnant women may not be served alcohol; the street outside the establishments must be kept clean and no loitering outside is allowed!;  women with long fingernails and sharp objects such as nail files and scissors may not be allowed in on-consumption premises!;  and any noise linked to the establishment selling alcohol must remain inside the establishment.

*   Global digital agency Critical Mass has been appointed by SA Tourism to develop a campaign which will attract more UK tourists to South Africa, something that has been in decline in the past three summer seasons!

*   The next Stellenbosch Street Soiree will be held on 15 January, from 18h00 – 20h00, in the lower part of Church Street.  The cost END_OF_DOCUMENT_TOKEN_TO_BE_REPLACED

Barrel Fermented 2011 Chardonnays were both awarded a 5 star rating, and were the top two Chardonnays out of 60 evaluated.

Chardonnay is a white wine that should get recognition, said competition co-ordinator, wine judge, and wine writer Christian Eedes.  The first successful Chardonnay was made 20 years ago by Danie de Wet, of De Wetshof in Robertson.

Eedes explained that he started the Chardonnay competition last year, as he felt that wine judging needed a shake-up, as strange results were coming out of competitions.  Involving Roland Peens of Wine Cellar and James Pietersen, Beverage Manager of Belthazar and Balducci, as his fellow judges, they invited 60 Chardonnay producers to enter the competition, not charging an entry fee.  2010 and 2011 vintages were tasted, and Eedes

said that they did not have the same richness as those of 2009, which now are ‘fantastically drinkable’. The vintages evaluated this year are ‘big and forceful’ wines, he said.

The Top 10 Chardonnay list, not ranked other than in terms of its star rating, is as follows:

Disclosure: We received a bottle of Uva Mira Single Vineyard Chardonnay 2011 with our media pack.