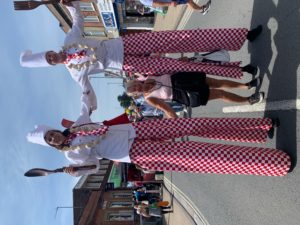 This past weekend the Highcliffe Food and Arts Festival was held, the emphasis being on the Food, with Beverages, and gins in particular, of the New Forest area. Highcliffe is a small town down the road from Chewton Glen, the hotel at which my son works in the New Forest in southern England, an area well-known for its heathland, forest trails, and native ponies. And it surprised me at the variety of craft beverages and craft foods that were on offer to buy, in full size or as a tasting portion.  END_OF_DOCUMENT_TOKEN_TO_BE_REPLACED 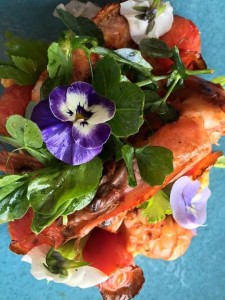 The encouragement  to visit the province was made more than a year ago by Chef Jackie Cameron, who is the most passionate proudly-KZNer I encountered on my journey, making it her business to support KZN produce, from the Midlands in particular, in using and in marketing it at every opportunity. Jackie has put KZN on the food and restaurant map over the past twelve years that she worked at Hartford House, making the Eat Out Top 10 END_OF_DOCUMENT_TOKEN_TO_BE_REPLACED 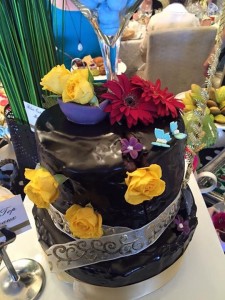 Chef Jodi is from the Durban area, and studied at the Christina Martin Culinary School. From there she moved to Dubai, working at END_OF_DOCUMENT_TOKEN_TO_BE_REPLACED

*   CNN has included Cape Town as one of the Best Easter egg hunts around the world, in the company of London, New York, Miami, Vienna, Washington, France, Toronto, and Sydney.  The hunt for the treasure chest of Easter eggs on Table Mountain was guided by clue cards handed out by Mad Hatters Tea Party characters.

*   Fourteen travel bloggers, two from South Africa, will form part of a #MeetSouthAfrica blog campaign by SA Tourism, the bloggers travelling throughout our country and blogging about their journey, culminating in INDABA, the travel expo in Durban in early May.

*   The Banking Ombudsman has reported that 23% of the almost 5000 complaints received in the past year related to ATMs, the number of such complaints close to doubling from the year before, reports The New Age.  About 40% of the END_OF_DOCUMENT_TOKEN_TO_BE_REPLACED