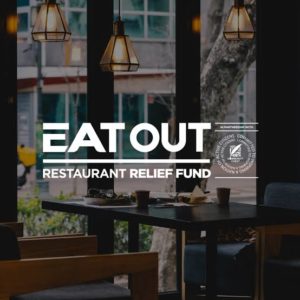 Eat Out has launched a Restaurant Relief Fund in conjunction with the Community Chest, to financially help out the restaurants that have transformed their kitchens in preparing meals for  needy members of our country’s community, to cover some of their expenses. A relief package, strictly controlled in terms of Terms and Conditions, up to a maximum of R50000 is offered per restaurant. The Eat Out Restaurant Relief Fund stands at R 767000.

A number of stringent conditions for receiving the Funding follow below.

END_OF_DOCUMENT_TOKEN_TO_BE_REPLACED 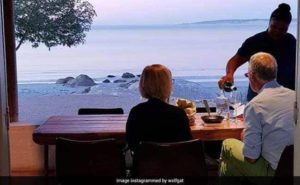 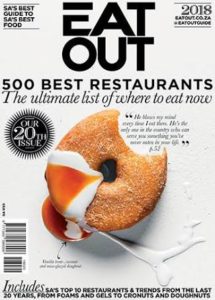 On the eve of Eat Out’s 20th anniversary, the restaurant publication and Awards body has announced major changes to its restaurant awards for 2018. The restructuring follows the letting go of long-standing Eat Out co-ordinator Abigail Donnelly earlier this year. END_OF_DOCUMENT_TOKEN_TO_BE_REPLACED 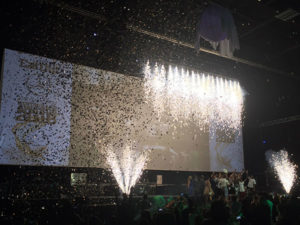 Every year Eat Out seems to change something about its Awards, and this year is no exception. For 2017 Eat Out has decided to increase the shortlist of Restaurants to a Top 30, from which a Top Ten will be recognized at the 17 November Awards ceremony. END_OF_DOCUMENT_TOKEN_TO_BE_REPLACED

Last night Cape Town Tourism held its AGM with a record attendance of more than 650 members as well as Twitter-invited guests, the interest being high due to the eagerly awaited advertising campaign the industry was promised.  It was a very fast presentation of the campaign highlights, but not an actual campaign, and received mixed reaction.

Mayor Patricia de Lille set the scene, motivating the campaign by saying that the double dip recession means that new tourism markets must be found, and that we must change how we do business, and which business we attract to Cape Town.  We must draw people to work and live in Cape Town, and not just to visit as tourists. She said that the campaign speaks to our needs, is simple, changeable, gives the city new energy, and repositions it. Chairman of the Board and head of ACSA in Cape Town, Ian Bartes,  confirmed the world economic crisis, and that it has impacted negatively on long haul travel, meaning that Cape Town and Cape Town Tourism must be redefined.  He said that the company has to be made ‘future-fit’, a term used a number of times, and therefore duplication was reduced, the company was restructured, efficiency was increased, and overheads reduced, to drive Cape Town to be the top city in Africa by 2020.  Cape Town must be positioned as the city to visit, to live in, to do business in, and to study in.  Board member Claus Tworeck presented the financial statements, and stated that tourism is not for ‘sissies’.  His figures showed that Cape Town Tourism has received a grant from the City of Cape Town of R40 million for the current financial year, and is aiming to make another R6 million in self-generated income. R18 million is going to salaries (i.e. R1,5 million per month, an extraordinary high salary bill), with R27 million remaining for ‘other operating expenses’, the marketing budget not being split out of this figure.   The Discovery/National Geographic campaign is known to cost Cape Town Tourism R8 million, and a figure of R3 million was mentioned by an advertising agency executive for the budget for the advertising campaign, a figure which seems minimal, and would only buy domestic coverage, as a ‘feel-good’ campaign for Capetonians, it was suggested!  Interesting was the mention by Cape Town Tourism legal advisor Mike Evans of Webber Wentzel, who mentioned financial ‘wrong-doing’ by the organisation’s previous Financial Manager (and Deputy CEO), and that Cape Town Routes Unlimited will close down, and therefore one of the resolutions called for the future exclusion of an ex officio representative of the tourism body, initially planned to allow communication between the two bodies, and to be replaced with a representative of the City of Cape Town, being its major funder.  It was interesting to note that not one question was allowed during the two and a half hour presentation, not quite how an AGM should be run!

Cape Town Tourism CEO Mariette du Toit-Helmbold took us through old territory, already covered in its Brand Cape Town and the ‘Strategic Plan’ presentations, justifying its new focus on ‘urban travellers’, making up more than 70 % of tourists, she said. She said there is not enough knowledge about Cape Town, and perceptions about its expense and poor winter weather need to be changed.  The goal is to get back to tourism figures of 2007, and to regain 10% of South African visitors in Cape Town by 2016.  The new VMMS booking system via Nightsbridge is up and running for small accommodation establishments.  A new tiered membership scheme is to be introduced, to attract more businesses as members. She spoke about the joint Discovery/National Geographic campaign with Durban, Johannesburg and SA Tourism, negotiated by its Australian consultant Ian Macfarlane, as if it has been approved, but my call yesterday to Durban Tourism demonstrated that this campaign is far from certain and approved, at least as far as the other areas are concerned.  If run, it would include print articles too, as well as a Discovery-funded film school, teaching young talent about film-making, and using the footage generated for Cape Town Tourism and on Discovery.  A ‘My Cape Town’ campaign was run to instill pride in locals about their city. Mrs Helmbold announced that a new Cape Town clothing range is to be launched, as well as a Cape Town City Card.  A joint Cape Town media and guest relations programme is to be launched with SA Tourism and SAA.

Getting to the advertising campaign, Mrs Helmbold said that it should stimulate demand, disperse visitors across the city, and increase their spend while they are on holiday. The campaign must move away from the stale representation of Cape Town, to one that showcases the real depth of Cape Town, against the backdrop of our ‘home’. The campaign will be launched at World Travel Market in London on 7 November, and Cape Town Tourism will look to partnering with international airlines, to offer packages.  Short city-break packages will be offered, and an (unreadable) Events year-round calendar was flashed on the screen. Historic sites, including the fan walk, will be linked via walks. The number of Visitor Centres will be reduced down from 18 currently, to a ‘handful’, representing 50 % of the budget. The essence of Cape Town is ‘the unexpected city’, no longer focusing on our city’s natural beauty, and that it is the gateway to more beauty in the areas surrounding Cape Town.  Ogilvy Cape Town was challenged to not produce traditional advertising and boring travelogues.  At the core of the campaign is that ‘Cape Town is the urban tonic to put life back into your life’. Visiting Cape Town will create a number of benefits, incorporated in the campaign:

*  ‘Cape Town: I was here for five star menus and I left with a secret recipe’

*   ‘Cape Town: You go there for beautiful landscapes, and you find beautiful people’

*   ‘Cape Town: I wanted to change Cape Town, but it changed me’

The campaign was presented in a rush, in an audio-visual, with print ads, bus shelter advertising, and more shown.  No mention was made of the campaign budget, the target market, and the cities/countries

in which it would be run. As we left the Cape Town International Convention Centre venue, we were handed a yellow envelope, which contained a Campaign Strategy diagram.  In the media release, Mrs Helmbold is quoted as follows: “The marketing campaign is about more than just attracting tourists.  It’s about incorporating business and investment, the creative and innovation sectors and academia into one vision and direction: economic growth , job creation and inclusion to the benefit of all citizens”. In 2008 Cape Town Tourism was tasked by the City of Cape Town to lead a brand positioning process, focusing on that which makes the city unique. Industry workshops were held, and the Cape Film Commission, Accelerate Cape Town, and the Economic Development Programme were involved, to create a city brand for the residents of Cape Town, as well as its tourists, businesses and students.

None of the persons I spoke to after the presentation raved about the campaign.  They seemed luke warm, some stating that too much information about the campaign was thrown at the audience in too short a time. One design specialist could not believe that the campaign was nothing more than an ‘old-fashioned’ print campaign, and he missed the new media connection to it, which should have been the foundation, in his opinion. It was uncertain whether there would be TV advertising, as we were not shown a TV commercial. An ad man, whose agency had been involved in the pitch for the account, said it was nothing more than a ‘feel-good’ campaign for Capetonians, and he seemed a little angry that agencies had been asked to pitch for the account, when it was probably just a tactic to give Cape Town Tourism’s ad agency a shake.

The campaign will make Capetonians even more smug and proud to be living in this beautiful city.  Whether it will make more tourists, businesspersons, students and new residents come to Cape Town to visit and to live here remains to be seen.  Our counter to the campaign: You don’t need an Advertising Campaign, you need Cape Town!

POSTSCRIPT 18/10: The Cape Times headline today about the Cape Town Tourism campaign, “When a holiday isn’t just a trip, but tripping on Cape Town”, could easily be interpreted to mean something that probably wasn’t intended, and would not be good for the image of the city.  Oddly, the article quotes the Cape Town Tourism PRO Skye Grove as saying ‘that the cost of the campaign has not been determined, but that the body’s annual budget would be aligned to it’. No ad agency would design a campaign without a budget for it, and therefore one wonders why Cape Town Tourism is not divulging this information.  We have written to Mrs Helmbold, asking her for the budget, and to confirm the information about the Discovery/National Geographic campaign budget approval, but we have not yet received a reply from her.

POSTSCRIPT 11/11: I came across this You Tube video ‘interview’ by Cape Town Tourism Communications Manager Skye Grove with her boss Velma Corcoran, the Marketing Manager of the tourism body, at World Travel Market in London over the weekend.  The interview does not give one a feeling of Mrs Corcoran’s ability to market the city, the interview reflecting her lack of confidence and initiative, not making much eye contact with Ms Grove during the interview.  By contrast, a similar interview conducted by Ms Grove with Mary Tebje, Cape Town Tourism’s international media representative in the UK, was far more impressive.  Ms Tebje exudes confidence and sounds very knowledgeable about the UK market, and what it expects from Cape Town as a tourist destination.