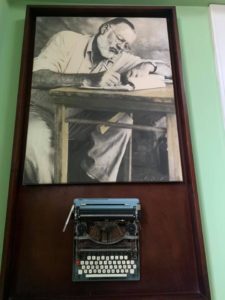 I have a fascination with the late author Ernest Hemingway, referred to as ‘Papa’ in Cuba, but I have yet to read one of his books. In Havana I followed in the author’s footsteps yet again, after having been ‘introduced’ to him in Pamplona in Spain whilst walking the Camino in 2018. My interest in him is growing, and I will look to buy his books on my return. There is no doubt that Hemingway may be equally or better known for his drinking and hanging around in bars as he is for his books!

END_OF_DOCUMENT_TOKEN_TO_BE_REPLACED 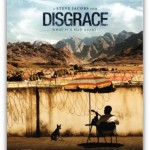 The movie â€˜Disgrace’, which is based on Nobel prize winner JM Coetzee’s Booker Prize winning book by the same title, is a beautifully shot movie, depicting South Africa’s beauty, as well as its social complexity, and should stimulate tourism to this country, if the viewers can look past the shocking depiction of the crime stereotype associated with South Africa.  The movie is set in Cape Town, Grahamstown and on a farm in the Eastern Cape.  It has just started screening locally.

Starring John Malkovitch as UCT Professor David Lurie, fortunately without any attempt to speak with a South African accent, all other actors are South African, and make one feel that one knows characters such as those depicted in the movie, and that one can empathise with them.   At all times the Malkovitch character feels to be the odd one out.

A Cape Argus review summarises the book and the movie as follows: “Like the book, there’s a definite sense that the person who created this piece of art loves the country and doesn’t understand the people.”  Local actress  and radio presenter Natalie Becker also stars in the film, as does South African actress Jessica Haines.  DO Productions in Cape Town co-produced the movie.

The book originally caused an outcry, being criticised for reinforcing racial stereotypes, despite the new South Africa.    Coetzee left for Australia soon after writing the book, and now lives there.   The director and screenwriter are an Australian couple, yet seem to have an excellent grip in representing life in South Africa.

The movie is showing at the Cinema Nouveau movie houses at Cavendish Square and the V&A Waterfront, as well as at Canal Walk, and was a winner at the Toronto and Middle East Film Festivals.