Through a stroke of luck I was invited to visit Santiago in Chile for four days, and in this time I was able to drink some Chilean wines. I also visited Casablanca, a wine region outside Santiago, with my friends Guy and Pia, who live near Casablanca. END_OF_DOCUMENT_TOKEN_TO_BE_REPLACED 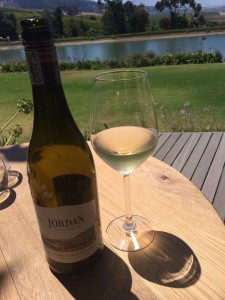 Inspector Louis Albert Péringuey was a powerful man in the 19th century, in his role as Inspector-General of Vineyards in the Cape. Yesterday Gary and Kathy Jordan of Jordan Wines paid tribute to the man who led the fight against phylloxera, and who supervised the importation of American rootstocks onto which vineyard varieties were grafted.  They have named their 2014 vintage Chenin Blanc Inspector Péringuey, ‘as Chenin was the first varietal we planted in 1983, that being the oldest block on the estate‘.

The Inspector collected museum artifacts in Africa, and moved to the Cape in 1879. He specialised in Coleoptera (the study of beetles) and prehistory.  He was a teacher, worked for the South African Museum, and also worked as the Inspector-General of Vineyards.   He has a leaf-toed gecko, an adder, and an ant named after him END_OF_DOCUMENT_TOKEN_TO_BE_REPLACED