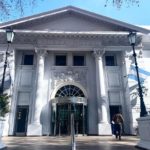 The Sweet Service Award goes to the Park Hyatt Hotel Mendoza and its GM Miguel Ángel Bermejo, for his excellent service recovery after a shaky start when I checked in at the hotel a week ago. He had been traveling and away from the hotel for a few days, yet made time on the day of his arrival to meet with me for a tea/coffee, so that I could share the service incident with him. Before meeting with him, he had already sent three bottles of wine to my room, as well as a vase of flowers for my bathroom. What blew me away was that he had the South African flag hoisted outside the hotel during my stay, an amazing touch. During our meeting he recommended top restaurants in Santiago in Chile, he organised a room for me for an extra night, had top lady clothing shop names sent to my room, had a table reserved for me at a local restaurant he recommended highly, as being the best in Mendoza, and invited me to try their Bistro. He is an excellent listener, and had done his homework on me. He is honest, and not defensive about the feedback. A day later I asked him a question via a concierge, and he came to reception, to say hello personally. Unbelievable service! END_OF_DOCUMENT_TOKEN_TO_BE_REPLACED 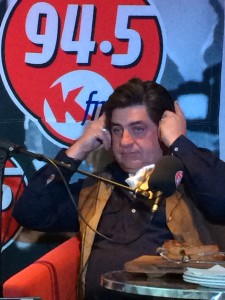 Yesterday I attended a section of the Kfm Breakfast Show broadcast, as a member of the studio-audience, to welcome MasterChef Australia judge Matt Preston, who is visiting Cape Town.  Preston praised Cape Town for being ‘an amazing city‘, having eaten at eight restaurants alone on Tuesday.

Even though I had hardly seen any MasterChef Australia episodes, I applied to Kfm to attend the visit to the studio by the almost 2 meter tall Preston, after Blogger Anel Potgieter raved about meeting him at the Good Food & Wine Show in Johannesburg over the weekend. We were part of a studio audience of at least 30 at the Primedia Broadcasting studios in Green Point, the majority of the attendees being serious MasterChef Australia fans.  We were offered coffee 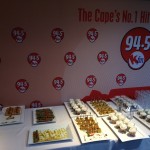 and breakfast snacks such as fruit salad and cream, as well as salmon sandwiches, not quite MasterChef quality!

Presenter Ryan O’Connor invited us to sit down, coming into the live studio with Preston as well as Chef and MasterChef SA judge Pete Goffe-Wood, as well as the rest of the Breakfast Show team consisting of sport presenter Sibongile Mafu, traffic presenter Liezel van der Westhuizen, and surf reporter Deon Bing.  Deon had made a toasted cheese END_OF_DOCUMENT_TOKEN_TO_BE_REPLACED

On Saturday we revealed the City of Cape Town’s dreadful new logo, which spread virally, apparently made public in the wrong colours, intended by the designers to be in the colours of the South African flag!  The new pay-off line, to replace the current slogan of ‘The City that works for you‘, is ‘Making Progress Possible. Together‘, positioning Cape Town as the Opportunity City!

Due to the criticism the City has received about the logo design itself, and also to the perceived cost and the greater benefit that the monies could have been put to (the City claims the cost is only R313720, which is what it paid ad agency King James, and of course does not reflect the implementation cost of many millions, which it estimates at exceeding R 7 million as per its statement below!), it issued an elaborate statement yesterday, and hosted a media conference. Interesting is that the City media spokesperson Priya Reddy said that no public participation process has been followed, it not being required legally!  It is thus clear that the City will steamroll the rebranding, and will not take cognisance of the public uproar about the rebranding, described as looking like a gear cog, a Rotary logo, or a police badge!

The statement is seven pages long, and comes across as very defensive and overly verbose and technical in justifying the design.  The rebranding of the City appears to have been at the core of a dispute within the City of Cape Town, its Tourism, Events, and Marketing Directorate headed by Anton Groenewald and falling under Councillor Grant Pascoe, having been subject to a forensic investigation, which included having the computers of Pascoe and Groenewald as well as other staff removed in November to check the irregular City rebranding tender allocation.  At that stage the Cape Argus reported that the multi million Rand rebranding tender was in danger of being cancelled, which would have been contrary to the City’s supply chain management policy!

The rebranding process appears to have been led by Carol Avenant, of the City’s Integrated Strategic  Communications and Branding department, who once worked for the Western Cape government, and was at the centre of a row allegedly relating to an advertising contract awarded by the province to the TBWA/Hunt Lascaris group.  She left Yellowwood, the King James agency in the same group, when she moved to the City of Cape Town, which may indicate a conflict of interest in itself!