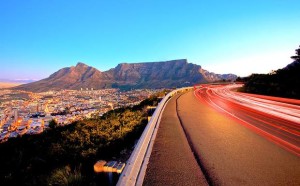 *   A travel study conducted on behalf of Google in the USA has found that mobile Apps are less likely to be used to plan and book a trip, multiple devices now being used to book trips.  The ‘Traveler’s Road to Decision‘ is yet to be published, but report highlights have been released.  Search engines are increasingly consulted first in planning a trip, and in searching for car rental, cruises, and accommodation, at the expense of Apps, for leisure travelers, while business travelers mostly use mobile Apps to make travel bookings.

*   Telegraph Travel recommends how to spend 36 hours in Franschhoek, including staying at La Residence, eating at Pierneef à La Motte, The Kitchen at Maison,Grande Provence, and La Residence; tasting wine at Boekenhoutskloof (sneaking in Waterford in Stellenbosch); and visiting the Huguenot Monument, Babylonstoren, the Franschhoek Motor Museum, and the Holden Manz Gallery.

*   The Hospitality Investment Conference Africa (HICA) has held in Cape Town, and became a platform for the launch of a END_OF_DOCUMENT_TOKEN_TO_BE_REPLACED

After writing about the disastrous error-filled and outdated Conde Nast Traveller  Guide to Cape Town earlier this week, it was refreshing to see a link on Twitter about the Telegraph Travel’s  ‘Cape Town City Break Guide’, written by local travel writer and ‘destination expert’ Pippa de Bruyn (author of a ‘Frommer’s Guide’ to South Africa and to India, and of  ‘A Hedonist’s Guide to Cape Town’), resulting in a far more accurate guide for the tourist visiting Cape Town.

The Guide kicks off with the Beauty positioning for Cape Town (the one that Cape Town Tourism has just thrown away by using ‘Inspirational’, as the new positioning for Cape Town, even though it is not unique for Cape Town and has been used by others, including Pick ‘n Pay!), in stating that “Cape Town is one of the most beautiful cities in the world”.  It is accompanied by a beautiful shot of Clifton, with the Twelve Apostles as backdrop.  The reasons for travelling to Cape Town are motivated as its ‘in-your-face beauty’; the pristine white beaches; the proximity of nature; spotting zebra and wildebeest on the slopes of Table Mountain; watching whales breaching in False Bay; being ‘halted by cavorting baboons near Cape Point’; being a contender for World Design Capital 2014 with its art galleries, ‘hip bars’, opera, and design-savvy shops; the unique marriage of Dutch-origin vegetable gardening, winemaking introduced by the French (this fact must be challenged, as it was the Dutch who established the first wine farms), Malay slaves’ spices, and English ‘Georgian mansions and Victorian terraced homes’;  its contrasts of pleasure and poverty, of ‘pounding seas and vine-carpeted valleys’, and its award-winning wines and produce offer ‘some of the best (and most affordable) fine dining in the world’.

*   travel time is suggested as ‘pretty much any time of the year’, and a warning of wet Julys and Augusts now is inaccurate, given the wonderful non-winter weather experienced in Cape Town during both these months this year!

*   misleading is the claim that Cape Town offers the best land-based whale watching in the world – this positioning belongs to Hermanus, and is corrected a few pages further into the guide.   Also misleading is the claim that the best ‘summer deals’ are available in October and November – most accommodation establishments have the same rate for the whole summer, and do not drop rates at the start of summer.

*   it is up-to-date in that use of the MyCiti Bus is recommended to travel between the airport and the Civic Centre, as well as to the Waterfront.  Train travel between Cape Town and Simonstown is not recommended, due to dirty windows and lack of safety, one of the few negatives contained in the Guide.  The red City Sightseeing bus is recommended, as are bus tours, taxis, Rikkis, and car hire.

*  The ‘Local laws and etiquette’ section does not address either of these two points.  Instead, it warns against crime when walking or driving, and recommends that tourists should not ‘flash their wealth’.  Potential card-skimming in the Waterfront and at the airport is also a potential danger, travellers to Cape Town are told, not accurate, and unfair to these two Cape Town locations.

*   Tourist attractions recommended are Cape Point, driving via the Atlantic Seaboard and Chapman’s Peak; wine-tasting in Constantia; the Kirstenbosch Botanical Gardens; exploring the city centre on foot, walking from the city centre to Green Point; taking a water taxi from the Convention Centre to the Waterfront; the Footsteps to Freedom Tour; the Company Gardens; the National Gallery; summer concerts at Kirstenbosch; tanning at Clifton beaches; shopping for wines or going on a wine tour; High Tea at the Mount Nelson hotel; going on tours which allow one to meet the ‘other half’  locals;  walking through the Waterfront or taking a sunset cruise; the Two Oceans Aquarium; eating fish and chips in Kalk Bay; going up Table Mountain by foot or cable car; day trips to Cape Point, the West Coast National Park to see the spring flowers, and the Winelands (referring to Franschhoek as the now out-of-date ‘Gourmet Capital of the Cape’, by stating that ‘it is the only place where you have award-winning restaurants within walking distance of each other’, not correct either).

*   in the ‘Cape Town Hotels’ section, it states disturbingly (and information out of date) that ‘Cape Town isn’t cheap’, and therefore suggests that clients stay in Oranjezicht, Tamboerskloof, Higgovale, and Bo-Kaap  (but none of these suburbs have restaurants, something guests would like to walk to by foot from their accommodation), as well as De Waterkant, the V&A Waterfront (probably one of the most expensive accommodation areas!), and ‘Greenpoint’ (sic).  Self-catering and ‘B&b’ (sic) accommodation is recommended.  Hotels previously reviewed by The Telegraph are listed: the Mount Nelson, Ellerman House, the Cape Grace, Cascades on the Promenade, Four Rosmead, An African Villa, Rouge on Rose, Fritz Hotel, and The Backpack hostel, an interesting mix of hotels, and not all highly-rated in its reviews. No newer ‘World Cup hotels’ are recommended.

*   For nightlife, Camps Bay’s Victoria Road, Long Street and Cape Quarter are recommended.  Vaudeville is strongly recommended, but has lost a lot of its appeal.  Other specific recommendations are Asoka on Kloof Street, Fiction DJ Bar & Lounge, Crew Bar in De Waterkant, Julep off Long Street, and the Bascule bar at the Cape Grace.  The list seems out of date, with more trendy night-time spots being popular amongst locals.

*   The Restaurant section is most disappointing, given the great accolade given to the Cape Town fine-dining scene early in the guide. Four restaurants only are recommended, and many would disagree that these are Cape Town’s best, or those that tourists should visit: The Roundhouse in Camps Bay, Willoughby & Co in the Waterfront, 95 Keerom Street, and ‘Colcaccio (sic) Camps Bay’!  A special note advises ‘gourmet diners’ to check Eat Out and Rossouw’s Restaurants  for restaurants close to one’s accommodation.  Stellenbosch restaurants Overture, Rust en Vrede and Terroir are recommended, as are Le Quartier and Ryan’s Kitchen in Franschhoek, and La Colombe in Constantia.

*   Shopping suggestions include the city centre, Green Point, Woodstock, De Waterkant, and Kloof Street, the latter street not having any particularly special shops.  The Neighbourgoods Market in the Old Biscuit Mill is recommended as the ‘best food market in the country’ (locals may disagree, with the squash of undecided shoppers, and increasingly more expensive), and may recommend the City Bowl Market instead).  Art galleries are also recommended.

While the Telegraph Travel  ‘Cape Town City Break Guide’ is a massive improvement on the Condé Nast Traveller  Cape Town guide, even this guide contains unforgivable errors, which a local writer should not be making.  One would hope that Cape Town Tourism will get the errors fixed.  We also suggest that they recommend the addition of Cape Town’s many special city centre eateries, and that the accommodation list be updated.  The exclusion of Robben Island on the attraction list is a deficiency.   The delineation between recommendations for things to do in Cape Town is blurred in some instances with recommendations in towns and villages outside Cape Town, which may confuse tourists to the Mother City.  Overall, the Guide appears superficial and touristy, and does not reveal all the special gems that Cape Town has to offer.

Two local Cape hotels have made it onto The Telegraph “50 best hotels in the world” list, which the paper published on 31 December.  Writers of the Telegraph  Travel section selected the top 50 hotels, and divided them into three rates brackets.  The two Cape hotels both featured in the £150 – £300 per room per night price range, the mid price range.

La Residence  in Franschhoek is a very low key property locally, with little visible advertising.  Its business comes from international advertising and word of mouth.  Its biggest claim to fame is Elton John, the famous guest who comes to stay whenever he performs in Cape Town, and he always thanks the owners, Liz and Phil Biden, during his concerts.   When La Residence moved to its new site in Franschhoek, John was consulted as to what he wanted in terms of decor for “his” room.   Surprisingly, “his” room is not any larger than the other rooms that face the dam outside.  “His” room has an Indian decor style.   Every room is unique in its decor, created by interior decorator Ralph Krall.

The article describes La Residence as follows: “An 11-suite extravagance on the slope of Franschhoek, the Cape Village that is probably South Africa’s prettiest.  No expense has been spared.   Each of the suites has its own decor theme, from Buddhist retreat to French decadent, while the public areas are a riotous collection of Louis XIV furniture.   Persian carpets, plus objets, art and fabrics from India, Indo-China, France and Italy and everywhere else.  And it works thanks to the impeccable taste of Liz Biden, the proprietor”.

Grootbos  is located outside Hermanus, just beyond Stanford, before one gets to Gansbaai, and is known for its focus on conservation, not only of fynbos, but also of whales at De Kelders close by and other sealife, such as penguins, on Dyer Island.  The article writes as follows about Grootbos: “Found on one of the finest whale-watching coastlines, this five-star retreat offers unadulterated luxury without the guilt.  Every effort has been made to assimilate these fabulous private lodges – complete with all mod cons, state-of-the-art bathrooms, four-poster beds and unsurpassable views – into the environment.  And what an environment: a 1750-hectare reserve that is home to more than 740 different species of plants and the impossibly white sands of Walker Bay”.

Some of the other hotels that made the Telegraph Top 50 list include Mama Shelter in Paris, Mykonos Grace Hotel in Mykonos, Four Seasons Hotel Gresham Place in Budapest, Villa Marie in Saint Tropez, The Taj Mahal Hotel in Mumbai,  Four Seasons George V in Paris, Four Seasons New York, Four Seasons Istanbul, The Dorchester in London and The Carlyle in New York.