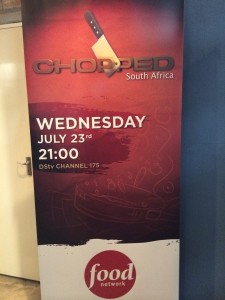 ‘Chopped South Africa‘ is the first professional chef reality TV competition in South Africa, based on the American ‘Chopped‘, but with a South African flavour. It is the first international adaption of the programme, and was created due to the series’ very strong following in our country, with 25000 viewers per programme, I was told by Nikki Cooper, the Commissioning Editor of ‘Chopped South Africa‘, based in London and working with programming for Europe, the Middle East, and Africa.  She said that she was ‘blown away by the talent and graciousness’ of our local chefs.  Due to the strong support of South African viewers, Food Network is investing in creating content for our country, but with appeal to its international viewers too.

We were welcomed by Jacques Verster. He introduced the four judges, being Jenny Morris who has hosted programmes on Moroccan and on Mediterranean cooking for Food Network (and who turned out to be a tough judge, explaining that she wanted to be honest with her feedback, and for it to have integrity); David van Staden, the Executive Chef of the Tsogo Sun Group; Siba Mtongana, who has her own ‘Siba’s Table’ program on Food Network; guest judge Rebecca Hurst, who runs the Hurst cookery 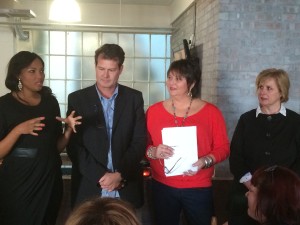 school; and guest judge and Chef Lindsay Venn of Tsogo Sun The Cullinan (not in the photograph).  We were told how strongly the judges believed in their standards, and fought for their point of view in deciding which chef would be ‘chopped’. Heinz is the main programme sponsor, while Shoprite-Checkers provided all the ingredients for the cooking on the program.

Nikki explained how the series works, with each of the ten programmes having four contestants, 40 selected from many applications received from young professional chefs in South African kitchens.  Shot in Johannesburg, hosted by Denvor Phokaners, produced by Sue Nel from Snelco in association with END_OF_DOCUMENT_TOKEN_TO_BE_REPLACED 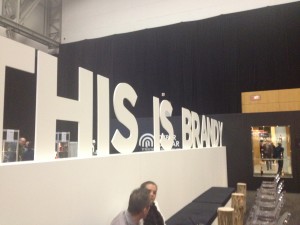 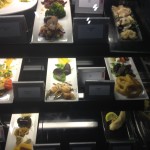 each, which Bettie used for linefish and I ordered tasty calamari rings, Bettie saying that it would be important to line our tummies for the brandy tasting to come.  We both ordered a cheese platter as well.  The service was excellent and professional, and the prices very reasonable at about R50 each.  We felt severely under-dressed when a fashionista wearing fur and her partner shared our table! END_OF_DOCUMENT_TOKEN_TO_BE_REPLACED