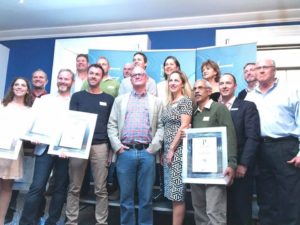 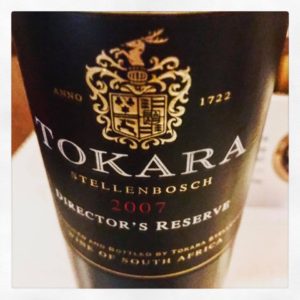 Yesterday I attended the Winemag.co.za 10 Year Wine Awards at Magica Roma in Pinelands, and 19 wines (six white wines, ten red wines, and three fortified wines) scored 90 points or more. Tokara won the most awards, with three of the 19 awards collected by its GM Karl Lambour. Tokara Elgin Sauvignon Blanc 2007 and Nuy Muscadel 2007 were the highest scoring wines, at 94 points out of 100.  END_OF_DOCUMENT_TOKEN_TO_BE_REPLACED 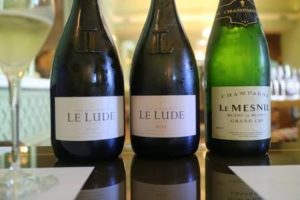 Last week a special friend and I visited the Cap Classique Cellar Le Lude in Franschhoek, having become dedicated drinkers of this sparkling wine. END_OF_DOCUMENT_TOKEN_TO_BE_REPLACED 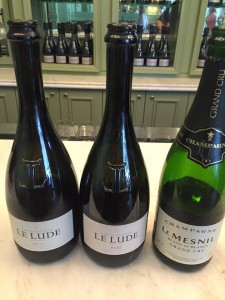 I was recently invited by Le Lude PR consultant Ann Ferreira to visit the Le Lude Cap Classique Cellar, and to enjoy lunch with her and cellarmaster Paul Gerber at the Orangerie Restaurant. Le Lude 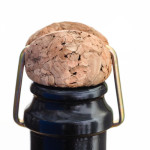 is the first cellar in our country to produce Agrafe Cap Classique, fermenting its wine under cork instead of crown cap. END_OF_DOCUMENT_TOKEN_TO_BE_REPLACED 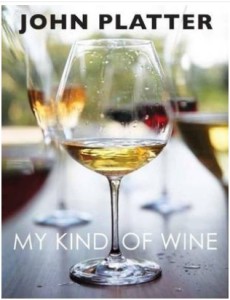 John Platter’s name is synonymous with the wine industry, having created the Platter’s Wine Guide 36 years ago with wife Erica. His surname is still linked to the Guide by name, even though he has sold the Guide. Launching a new book, it was obvious that it would have something to do with wine. ‘My Kind of Wine‘ is such a book, END_OF_DOCUMENT_TOKEN_TO_BE_REPLACED 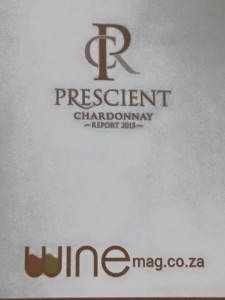 The judges for the Prescient Chardonnay Report 2015 found that the sixty Chardonnays that they evaluated were so superb, that they acknowledged all 29 wines that scored 90 and more points.

The 5th Chardonnay Report 90+ score winners event was held at MOMA on Buitengracht Street, a spacious if not noisy gallery filled with works of END_OF_DOCUMENT_TOKEN_TO_BE_REPLACED 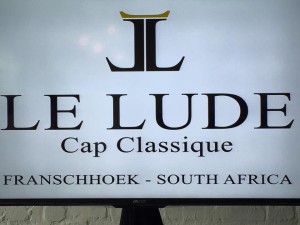 This morning I attended the launch and tasting of the new Le Lude Cap Classique, made by winemaker Paul Gerber, from Franschhoek, having received the invitation from Ann Ferreira to attend the launch of Le Lude Reserve Brut and Reserve Rosé.

The venue for the launch was interesting, being a small inner-city winery owned by Tim Martin, down a side street in Salt END_OF_DOCUMENT_TOKEN_TO_BE_REPLACED 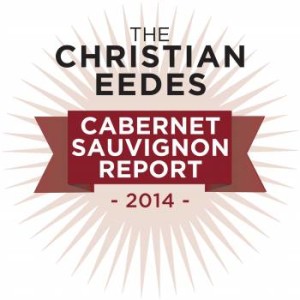 Eedes explained that sixty Cabernet Sauvignon producers were invited, on the basis of their performance in Platter’s, at Veritas, and other wine awards, to submit their wines for evaluation for his Top 10 Cabernet Sauvignon Report. Roland Peens and James Pietersen, both from Wine Cellar (James was formerly with Belthazar) were his fellow judges, as has been the case in the first two years.   The standard is higher every year, Eedes said, making it more difficult to judge than before.  He thanked Social Media writers for assisting him in spreading the results of his Reports.  END_OF_DOCUMENT_TOKEN_TO_BE_REPLACED 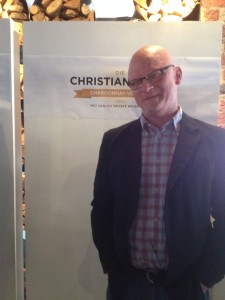 The third Christian Eedes Chardonnay Report, and its Top 10 wines for 2012  in the category, was released and were announced at Burrata on Thursday.

Welcoming the guests, sponsor Sanlam Private Investments CEO Daniël Kriel said that he values the ‘decent price’ of South African wine and food each time he returns from an overseas trip.   He added that his company is passionate about wine and art investment.  Having researched the topic on Wikipedia, Kriel said that Chardonnay is the most grown grape variety in the world.  He also said that South Africa’s first Chardonnay vines had to be smuggled into the country. He thanked the producers who had offered their wines for evaluation, and for their passion for South African wines.