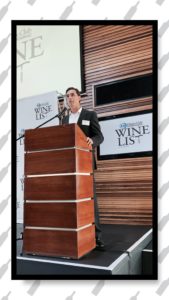 The most coveted 2019 Diners Club Winelist Award, its Icon Award, recognising restaurants that meet all the requirements of a Diamond Award, but also feature an extensive collection of international wines, as well as Reserve and vintage wines, having a sommelier on the floor, and having ‘a deep interest in wine curation’, were awarded to Restaurant Mosaic at the Orient Boutique Hotel in Pretoria, and the Saxon Hotel Villas & Spa in Johannesburg. This is the second year that the Icon Awards have been presented, to both restaurants.  END_OF_DOCUMENT_TOKEN_TO_BE_REPLACED

*  Former World’s 50 Best Restaurant number 1 chef in the world, Ferran Àdria of elBulli, says that the standard of cheffing is at its highest level ever, being ‘the best in history‘, and that the gap between a 3 star Michelin restaurant and a casual dining restaurant is the smallest ever!  Àdria advised top restaurants to differentiate themselves on aspects other than the food, to justify their higher prices, suggesting their wine list, service, and decor.  Cocktails also are a point of differentiation,with bartenders seeking inspiration for new recipes from chefs.

*   Wine writer Joe Roberts says that a very small percentage of the 8000 wineries (with 16000 brands) in the USA is embracing digital marketing.  While 44% of consumers are connecting with digital, only an estimated 1% of American wine marketing spend is on digital advertising.  No more than 80 of the wineries have dedicated digital practitioners.  In a week, winery brands receive 2 – 20 mentions on digital platforms, of which 80% go unanswered.  One wonders if the South African stats are any better for our local wine estates’ usage of digital marketing?

*   For the third year running vineyards in Burgundy have been hit by a hail storm, causing damage to 40 – 90% of the END_OF_DOCUMENT_TOKEN_TO_BE_REPLACED 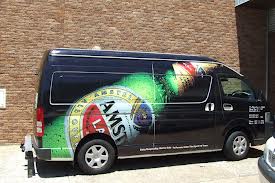 The government appears determined to proceed with the ban on alcohol advertising, something it has threatened for some years now, in a bid to reduce the drinking of alcohol, the target being a 20% reduction within the next seven years, reports The Times.  The proposal to ban such advertising was approved by a committee on substance abuse, consisting of a number of Ministers, earlier this week, and now the Minister of Health wants to present it to a Cabinet committee and then to Cabinet itself for approval.

The first step in the alcohol marketing ban, as contained in a draft ‘Control of Marketing of Alcohol Beverages Bill’ was the approval granted by a committee of Ministers of Sports (Fikile Mbalula), Trade and Industry (Rob Davies), Transport (Dipuo Peters), and Social Development (Bathabile Dlamini).  The public, the wine and other alcoholic beverages industries, and the END_OF_DOCUMENT_TOKEN_TO_BE_REPLACED

The Food & Wine Bloggers’ Club meeting, held at Den Anker last night, and addressed by Matt Allison of ImNoJamieOliver Blog and Nikki Dumas of Swirl! Blog, was characterised by PASSION: not only in terms of the blogger speakers, but also in the fantastic food paired by Den Anker with six excellent Jordan wines.

Prior to the speakers sharing their blogging passion, Robyn Martin, the most charming, organised and passionate representative for Jordan wine estate, took us through the tasting of the first three Jordan wines.  Being the organised person that she is, she had prepared a tasting summary for groups of wines.  The first three wines tasted were white: the Jordan 2009 Riesling, being ‘aromatic and appley’, and a winner of the Old Mutual Trophy, SA Terroir, and the Five Nations awards, was paired with just-seared sesame-coated tuna, one of the highlights prepared by Chef Doekle Vlietman at Den Anker.  On the same plate was the sweetest presentation of truffle-enhanced scrambled egg served in an egg shell on a bed of coarse salt, paired with creamy and toasty Jordan 2009 Chardonnay.  Wrapping up the trio was a beer-poached katifi-wrapped prawn, draped in a saffron beurre blanc, paired with the tropical green notes of Jordan 2010 Sauvignon Blanc.

Nikki’s passion for her own brand ‘Nikki Dumas’ came to the fore, and she is a confident blogger, who knows exactly where she is going.  She has two blogs – Swirl!  is a blog she uses to document information about the wine industry, coming from PR agencies, for example.  She does not allow comments on this blog.  Winestyle.biz is the blog on which she writes her own blogposts, with about 4000 hits since she started it in April. She allows comments on this blog, even if they are controversial, to create debate.  She emphasised that she is not a writer nor journalist, and that she will only write about something she judged to be good.  Everything she experiences in terms of food and wine she evaluates against her career in restaurant management.   She likes using Google’s Blogger platform, saying it is user-friendly.  Her blogpost attracting the largest number of hits is the anonymous survey she conducted on restaurant listing fees for wines.  She said she is a ‘Mac junkie’, and evaluates her blog performance through all the statistics that Google makes available, including Google Analytics, AdSense, and more.  She knows exactly where her traffic is coming from, and which keywords are used to get to her blog (wine, winestyle, wine journal, Nikki Dumas).  Nikki  was asked to share her background, and she told us that she moved to Cape Town from Johannesburg ten years ago.  She started Moyo in Norwood, and opened Vilamoura in Camps Bay, and then moved to Belthazar and Balducci.  Nikki offers restaurant wine training, is a wine consultant in designing winelists for restaurants, assists wine estates in getting better sales in restaurants, and sells branded Wine Journals. Nikki told us that 60 % of wines in supermarkets are by Distell.  She feels that the wine industry should teach the consumer more about wine.

The next stage of the food and wine pairing was a lovely plumy and stylish Jordan Merlot 2008 paired with the most ‘butter-tender’ peppered fillet, and the rich Jordan Prospector 2008 Syrah, which was paired with venison served with sauce bordelaise.  Robyn told us that the power of Social Media was demonstrated when more than 6000 persons protested against the planned mining on the Jordan wine estate.  The threat was withdrawn, and in gratitude Gary Jordan named his new Syrah, launched last year, The Prospector.  With our yummy chocolate ravioli with pomegranate jelly the flagship Bordeaux-style Jordan Cobblers Hill was served.

Without any notes, Matt Allison spoke from his heart, reflecting his passion and principles.  With careers in the wine trade, as a graphic designer, and first as a musician and then as a music producer, Matt realised that he was spending too much time away from home, not what he wanted with his new baby boy.  He realised he needed a change, and became a rare ‘house-husband’, spending almost all his time with his son at home.  He loves food, and became the cook for the family, and his blog ‘ImNoJamieOliver’ was born a year ago when he decided to cook all 60 recipes of a Jamie Oliver recipe book in 90 days.  He lost twenty days when he had his kitchen redone.   We laughed when he told us that his mother had engendered independence amongst her children, and it was a matter of ‘cook or die’ in their household.   He has since blogged a further 60 recipes from a second Jamie Oliver recipe book.  Matt presented who he is honestly, and described himself as a person with a 30’s nature, a 50’s style, living in 2011.

Matt told us that blogging for him is a means to an end, and he has changed direction in that his interest now is the provenance of food.  He has rented a piece of land from the City of Cape Town, and now grows 40 vegetable and herbs, not counting different varieties.  This has led to seasonal eating, fresh out of his garden.  He does not grow potatoes and corn, as these take too much space.  Matt is critical of Woolworths, for their vegetables sourced from countries such as Kenya.  On a Wednesday afternoon he sells his vegetables he harvested an hour earlier, between 4 – 6 pm at Starlings Café in Claremont.  He told us horror stories about supermarket vegetables being picked unripe weeks earlier, and artificially ripened.   Matt also would not touch fast-food any more, and expressed concern that so many people grab a McDonald’s in-between meetings. There are no TV dinners in his home.  He would like people to question where their food is coming from.  He believes that obesity and diabetes can be fixed via ‘healthy food’.  With his help, Cape Town and Winelands chefs at restaurants such as Societi Bistro, Warwick wine estate, El Burro, and Franschhoek Kitchen at Holden Manz wine estate, are moving to sourcing their herbs and vegetables from small ‘bio-dynamic’ (he does not like the word ‘organic’) producers, or planting their own.   He likes restaurants that serve local, seasonal, and sustainable food, and operate ethically in all respects.  Matt has about 5000 unique readers of his blog per month, and about 1300 Twitter followers, but his readership is of no consequence to him.  He is ruthless in unfollowing and blocking on Twitter.  He recently changed his Twitter name to @MattAllison, to build his own brand.  Given his focus on the provenance of food, he will be launching a new blog “Planting Thoughts” soon.  One of the most exciting experiences for Matt is that he has been selected as one of 250 chefs and urban farmers to attend a symposium in Copenhagen, organised by the chef/owner Rene Redzepi of the world’s number one restaurant Noma, the only South African hand-picked by Redzepi.   The symposium takes place next weekend, and co-incides with the world’s largest food festival, the MAD Food Camp, also organised by Redzepi, with more than 10000 visitors expected!  Matt says we pay too little for our food in South Africa, and told us what it costs to raise a chicken.  He buys his meat from Gogo’s Deli in Newlands, or directly from farmers.  Matt encouraged us to ‘think about your food’, that one should not evaluate a restaurant if one has not been a chef and a waiter, given that most chefs put their heart and soul into their meals.  For him a good restaurant is one in which the chef comes out of the kitchen, offers great service, and has staff who love what they do.   He encouraged one to do one’s own blogging and Tweeting, to reflect one’s personality, and to not outsource social media.

Dusan Jelic of wine.co.za, who has been a passionate supporter of the Food & Wine Bloggers’ Club since its inception, was wished well, who will be returning to his home country Serbia in September.

The Food & Wine Bloggers’ Club was formed to reflect the tremendous growth in and power of food and wine blogs in forming opinion about food, restaurants and wines.  Most bloggers do not have any formal training in blogging, and learnt from others.   The Food & Wine Bloggers’ Club aims to foster this informal training, and to serve as a social media networking opportunity.  Each of the two bloggers talk for about half an hour about their blog, and what they have learnt about blogging.  The Club gives fledgling as well as experienced bloggers the opportunity to learn from each other and to share their knowledge with others.  Attendees can ask questions, and get to know fellow bloggers.  The Club meetings are informal and fun.

*   19 October:   Roger and Dawn Jorgensen of Jorgensen’s Distillery, and Anthony Gird and Michael de Klerk of Honest Chocolate, with a chocolate and potstill brandy tasting, at Haas Coffee on Rose Street.