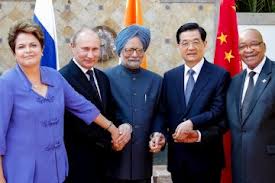 The BRICS summit held in Durban last week allowed the five BRICS member countries of Brazil, Russia, India, China, and South Africa to focus on their relationship with Africa, and to enhance their co-operation on tourism issues in a responsible and sustainable manner, said Minister of Tourism Marthinus van Schalkwyk at a pre-BRICS Summit function hosted by SA Tourism.

Tourism numbers from BRICS countries to South Africa have grown by 21% in the past three years, almost double the rate of growth of the rest of the world, and by an astounding 39% in the January – November 2012 period.  China is in fourth position as a tourism source market, following the UK, USA, and Germany, with 122000 visitors in the first eleven months of 2012, while India is the eighth largest source market at 98000 visitors, followed by Brazil in ninth position with 71000 visitors.  One hopes that the China and Brazil tourism numbers quoted by the Minister exclude transit passengers, which SA Tourism had been counting as tourism numbers, identified by tour operator Colin Bell.

SA Tourism has focused some of its marketing activity on Brazil, China, and India in particular over the past few years:

*   joint marketing agreements have been signed with Chinese tour operators, direct SAA flights between Beijing and Johannesburg were introduced, and the visa application process has been improved.

*  the love of cricket in India and South Africa has led to the use of ex-cricketer Jonty Rhodes to introduce South Africa to Indian tourists.  A month ago the Travel Agents Federation of India was hosted by SA Tourism in Durban.  SA Tourism Country Manager Hannelie Slabber is particularly successful in her job in this country.

*   the soccer World Cup 2010 kicked off the marketing of our country in Brazil.

‘Our intention is that this Summit takes our tourism efforts with the BRICS countries to the next level. It is an opportunity to find common ground, to find areas where all our tourism industries can gain and grow from working together. I am committed to using the next few days to take some important steps forward; to opening up our tourism industry to the BRICS countries and to finding out how best we can meet the needs of these important markets‘, concluded Minister van Schalkwyk.