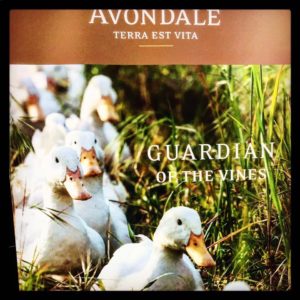 On Tuesday evening I attended a tasting of four Avondale wines, out of their portfolio of seven wines, at the relatively new Open Wine Taste Pair Shop on Wale Street.

Open Wine opened in August, and is a city tasting room 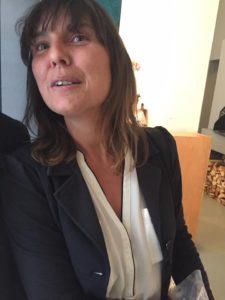 presenting a number of wine brands, making it easy for locals and tourists to taste wines in Cape Town itself. Charming Italian owners Marta Gabbo and Raphael Paterniti welcomed us, and took us to the end room, which serves as the display space of their wine specials, as well as wines stocked. Wines are sold at cellar door prices, a good 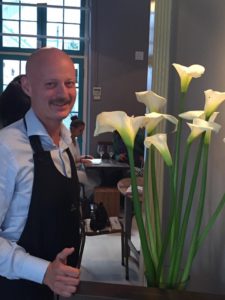 deal for wine customers. The room can seat fifteen wine lovers, seated at a mix of chairs, allowing one to get to know some of the other attendees over the one hour tasting.

The Avondale tasting was led by Tom Mills, heading Western Cape Sales at Avondale. He told us that the Grieve family used to own Vital Health Foods. Their son Johnathan runs the farm in Klein Drakenstein outside Paarl, as its GM and viticulturist. 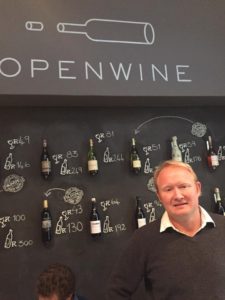 He is credited with taking Avondale to where it is today. What makes Avondale unique is that it has no surrounding wine estates, bordering the Drakenstein Natural Park up the mountain. The closest wine estate is Freedom Hill, four kilometers away.

Avondale has 75ha under vine, but also farms with beef, chicken, 30ha is under plums, with some citrus.  Wine is the most important produce of the farm. Prior to 2004 Avondale was a conventional wine farm, with 22 wines in its range. In the past twelve years they have worked on the sustainability of the wine estate, researching biodynamics and organic farming. They are registered for the latter but not the former.  Jonathan created the ‘Biologics‘ concept, a blend of organic, modern science, and biodynamic farming. Sustainability is the key at Avondale.  The winemaking philosophy is to interfere with the wine as little as possible. Each Avondale wine is individually named. Winemaking is organic, no man-made materials being used in the vineyard and cellar. There are 19 grape varieties planted at Avondale, including Viognier, Roussanne, Tinta Barocca, and Semillon, the latter a surprise given how hot Paarl is. 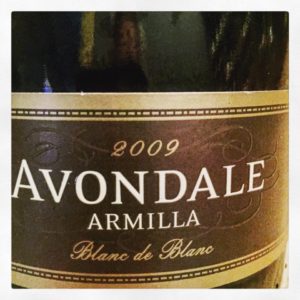 revitalize the soil in a natural way. Then they plant again.

The tasting  started with the Armilla Blanc de Blanc 2009 MCC, made from 100% Chardonnay grapes, spending five years in the lees, and another year in the bottle. The wine is named after and the bottle has an armillasphere, which places the sun at the centre of the universe, which guides farming at Avondale. Tom described the MCC as ‘lemon meringue pie in a glass’. Tom said that Avondale Armilla is one of 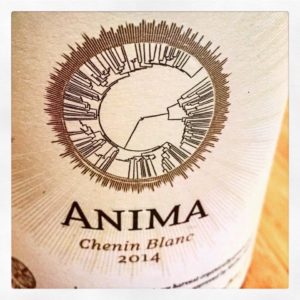 The second wine we tasted was Avondale Anima Chenin Blanc 2014. ‘Anima‘ means soul, Tom told us. The wine is fermented in barrel (80%) for ten months, in tank with skin on the grapes (15%), and in clay amphora (5%).  The amphoras are made at a kiln in Hout Bay, with clay from Avondale, adding freshness and fruit (apple, pear, melon, and tinned pineapple) to the taste of the wine. 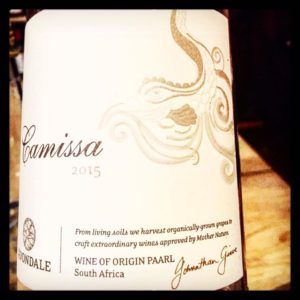 The wine has ageability, and the skin adds backbone to the wine. It is a good wine to pair with Asian-style pork.

The third wine we tasted was Avondale Camissa 2015, a Khoisan word referring to place of sweet water, and given to the river running from Table Mountain to the moat at The Castle. It was described by Tom as the ‘wine geeks Rosé’, this Blanc de Noir being an unusual blend of Muscat de Frontignan, Mourverde, and Grenache. Grenache has been included for the first time, giving length. The taste was described as candy floss, rose geranium, and pink sweets. 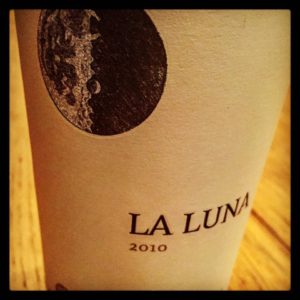 Tom described it as a great sushi wine.

Avondale La Luna 2010 was the fourth wine we tasted, a blend of 50% Cabernet Sauvignon, 31% Merlot, 7% Petit Verdot, 6% Malbec, and 6% Cabernet Franc, a soft smoky wine. The red wines at Avondale are made in 300 litre French oak barrels, which are used four times. They want the natural flavours of the wine to come through. Each wine variety is vinified separately, before the blend is created. Tom had opened the wine three hours before the tasting. The wine has a dark fruit character. In the blend they have increased the Merlot and decreased the Cabernet Franc components.

Avondale is excited about the imminent opening of Faber restaurant, headed by owner/chef Eric Bulpitt.

Marta told me that Open Wine plans to hold tastings every Tuesday at 18h00, a different wine estate presenting its wines every week.