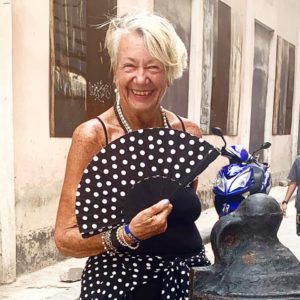 Chris von Ulmenstein has a B.Comm (Hons) cum laude from the University of Stellenbosch and an MBA from the University of the Witwatersrand Business School.   She began her career at the Unit for Futures Research at the University of Stellenbosch, moving to the Bureau of Market Research at UNISA in Pretoria.   Six exciting years as Market Researcher followed at advertising agencies JWT and Y & R in Johannesburg.   Reaching the glass ceiling in advertising, she was appointed as a Lecturer in Marketing at the Wits Business School.   In this period she established a Market Research consultancy called Relationship Marketing, and was soon appointed as a Research Consultant at the fledgling M-Net.   Moving to Cape Town, Chris shifted the focus of her consultancy to Public Relations, representing food clients Bonnita (now Parmalat), Baker Street Snacks, 7 Eleven, and Aylesbury, as well as Hunt Lascaris Cape and Omnigraphics.   She was Chairman of the Institute of Marketing Management, created and wrote Ad-Monitor for the Weekend Argus, and created and presented the Sweet & Sour Service Excellence Awards on Radio Good Hope and Kfm.

As part of her marketing of the Whale Cottage Portfolio, and to satisfy her love for writing, Chris started writing a newsletter called WhaleTales, which quickly became a must-read in the tourism industry.   Past issues can be read on www.whalecottage.com

Chris has served on the Board of Cape Town Tourism as Deputy Chairman, and has been a Director of FEDHASA Cape, chairing the Small Accommodation segment.    She established Guest House Associations in Camps Bay and in Franschhoek, the foundation of which is active networking with guest house colleagues for the benefit of all.

The WhaleTales Blog was started in 2008, and has a readership of over 30 000 unique readers per month.  The Blog was selected as a Top 10 Finalist in the “Most Controversial” Blog category of the 2010 SA Blog Awards.   Chris presents a Sweet & Sour Service Award every Friday.

The WhaleTales Blog focuses on Restaurants, Tourism, and Wines, with a Cape Town and Winelands focus.

At the end of 2017 Chris published her first book ‘SwitchBitch: My journey of Transformation from Sour to Sweet’, focusing on how she achieved a weight loss of 45 kg, despite loving to eat!  She has written two further SwitchBitch books, one about her Spiritual Transformation in Walking the Camino (2018), and a third about Traveling through Life Solo, and learning to dance the Salsa and the Tango, in Havana and in Buenos Aires, respectively, in 2019.

My Book ‘SwitchBitch: My journey of transformation from Sour to Sweet!’ has been launched! 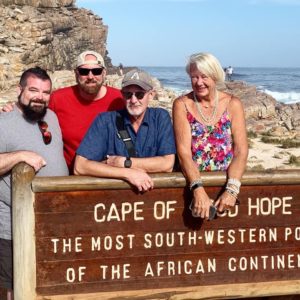 Cape, including Port Elizabeth. Chris loves traveling, and in 2019 she completed her second Camino, before flying to Havana in Cuba, and visiting the South American countries of Peru, Chile, Argentina, and Brazil.

Chris is a passionate dancer and walker, and very proud to live in Camps Bay, where she has taken it upon herself to keep the Beachfront as litter-free as possible, picking it up daily on her walks, and engages a Homeless person Joel to assist her with deep-cleans of the suburb.

During Lockdown she is keeping herself busy with ‘Couchrobics’, walking and dancing around her couch before Exercise outside was allowed from Level 4 onwards. She has created a Facebook Group listing all the restaurants and home cooks offering a Food and Alcohol Delivery and Collection Service in Cape Town and the Winelands.   https://www.facebook.com/groups/261165661682371/?ref=share

She is regarded as the most honest Restaurant Reviewer in our country, and our most widely traveled international reviewer, having eaten at World’s 50 Best Restaurants in Paris, Menton, Lima, London, Santiago, Buenos Aires, Rio de Janeiro, Lisbon, and New York.  She has eaten at JAN Restaurant in Nice a number of times since 2015.

Chris was interviewed by Carte Blanche on 27 December 2020, in its expose of the misleading marketing by the South African Butler Academy, a topic she first wrote about in 2013. The Blogpost she wrote at that time remains on the first page of Google, despite every effort by the Academy to create new pages and to dominate its Google Search.

During the Corona Lockdown Chris has embarked on a new career, offering Communications Consultancy Services, including Social Media and general Marketing services.

4 replies on “About Chris von Ulmenstein”