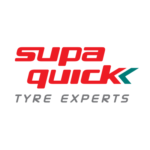 The Sweet Service Award goes to Supa Quick on Main Road in Sea Point, which my petrol attendant Michael at BP President had recommended to me for a repair of a slow leak of my tyre.  It took 5 minutes for the staff to find the nail in the tyre, to remove it, and to fit a plug to prevent the leakage.  And this fabulous service only costs R100! A company delivering on its brand name. END_OF_DOCUMENT_TOKEN_TO_BE_REPLACED 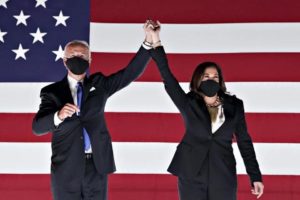 BusinessTech reports that President Cyril Ramaphosa called American President-Elect Joe Biden two days ago, focusing on how the two leaders can strengthen African and American ties, and overcome the Corona Pandemic.  Our President wished Biden and Vice-President-Elect Kamala Harris well for their term of Office, due to start on 20 January 2021.

Biden visited South Africa in the ‘Seventies, and was arrested when he tried to visit the late Nelson Mandela in prison, The New York Times reports. END_OF_DOCUMENT_TOKEN_TO_BE_REPLACED 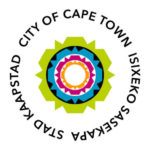 The Sweet Service Award goes to the City of Cape Town Parks Department, for its very quick service in sawing off a low-hanging branch on Victoria Road in Camps Bay on Sunday morning, after an extreme gale-force South Easter, and for removing a tree which was completely uprooted near the Camps Bay Tidal Pool on the day after the wind storm. Given that the whole of Cape Town was affected by the storm, we were fortunate to receive such good service in our suburb. END_OF_DOCUMENT_TOKEN_TO_BE_REPLACED 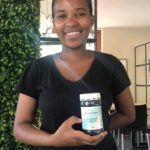 The Sweet Service Award goes to River Café in Franschhoek and its delightful assistant who served me when I went to buy ice cream there on a very hot day. Standing in a queue with other customers, the young lady was called out of the kitchen to assist me, and allowed me to photograph their ice creams from the other side of the counter. I was intrigued by their black Charcoal ice cream, so she proudly came to my table to explain how it is made, she having made the ice cream, as her manager who normally makes it had the day off on that day. She told me the recipe of how it is made, and brought me the bottle of Activated Charcoal she added to give it the black color. She was so proud of her job, a rarity to see in Franschhoek! It was clear that this was a popular stop, with a number of other  customers sitting outside and enjoying the ice creams too, very reasonably charged at R25 for two scoops. END_OF_DOCUMENT_TOKEN_TO_BE_REPLACED 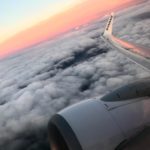 The Sweet Service Award goes to RyanAir, for its exceptional service (unexpected after a previous flight with this airline years ago), for the flight from Santiago de Compostela to Madrid, from the check-in, where the staff member spoke to me in German, allowed me to have my walking sticks in the hold without extra charge, turned a blind eye to my overweight suitcase, and the same staff member spoke to me in German again when she checked my boarding pass. The seating in the plane had ample leg room, and the service was impeccable. 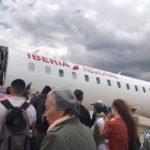 The Sour Service Award goes to Iberia, for cancelling the flight from Madrid to Nice, while we were sitting in the plane already, after we were told that the flight would be delayed for 90 minutes, and then that we would depart in 15 minutes. Only two Iberia staff handled the plane-load of passengers, and their reissuing of new tickets to new destinations, Iberia refusing to book any destinations in France. We were given a hotel voucher for NH Hotels too, with a dinner and a breakfast buffet and two beverages too. I had to be routed to Turin the following day, with a 90 minute departure delay due to striking air traffic controllers in Marseilles, and take a four and a half hour train ride to Ventimiglia, to get to my end destination of Apricale, a full day journey.  I was not compensated for the train trip cost!

Thank you to all concerned friends and Blog readers who have contacted me about the defamatory posts on Monday and Tuesday by 2OceansVibe. 2OceansVibe has looked for any opportunity to slate us since I asked the question four years ago as to why its owner Will Mellor should hide his true name, using the alias ‘Seth Rotherham’. END_OF_DOCUMENT_TOKEN_TO_BE_REPLACED 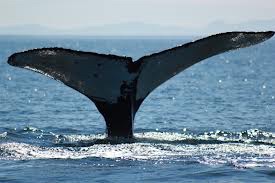 *.   South African exports into Africa are growing, says Wines of South Africa (WOSA) Africa head Matome Mbatha. Angola is taking 6 million liters of wine, of which more than 80% is sparkling wines, and predominantly JC le Roux, a brand they are ‘crazy about‘, Mbatha says. The 4,5 million liters of Nigeria’s imports from our country are mainly Pinotage and Merlot.

Cape Town was praised for its ‘in-your-face beauty of a craggy mountain range that drops precipitously into a glittering sea, its flanks carpeted in greens and delicate florals – the Cape Floral Kingdom, smallest yet richest in the world’. The pristine white beaches with their granite boulders are also END_OF_DOCUMENT_TOKEN_TO_BE_REPLACED

*.   Noma owner Chef René Redzepi has announced that he is closing down the tasting menu Noma on 31 December 2016, moving to the Christiania suburb in Copenhagen, where he will build a glass house over a derelict skating park for a new restaurant, and create an urban farm. The produce served as well as the place settings will change as the seasons change.  In January next year Noma sets up a pop-up restaurant in Sydney for 10 weeks.

*   The Western Cape Government’s Tourism department has made a detailed analysis of the new visa regulations, and their END_OF_DOCUMENT_TOKEN_TO_BE_REPLACED