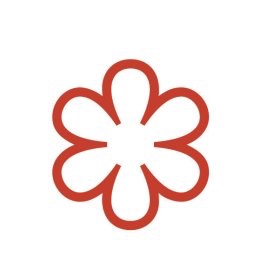 I had heard from restaurants that a new ‘Gourmet Guide‘ is to published, with a listing and evaluation of our country’s Top 100 restaurants. The evaluation of the restaurants is to be done on the basis of the Michelin-system, with unidentified ‘inspectors’ visiting restaurants END_OF_DOCUMENT_TOKEN_TO_BE_REPLACED 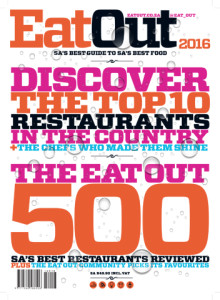 Earlier this year I was shocked to see that the La Motte Culinary Director (and wife of its red wine maker Edmund Terblanche) as well as Kokkedoor judge Hetta van Deventer had reviewed De Warenmarkt for Eat Out. Now it appears from the new Eat Out 2016 magazine that she reviewed a number of Franschhoek and other Boland restaurants (many on wine farms too) that are in direct competition with Pierneef à la Motte restaurant!

It could have been a disaster, changing the venue from the Mistico Equestrian Centre outside Paarl to the SunEvents Centre at GrandWest two days prior to the 17th Eat Out Mercedes-Benz Restaurant Awards 2015 today. It turned out to be the best Friday the 13th disaster for New Media Publishing, organizers of the Eat Out Awards, described by many as the best Eat Out Awards ever! END_OF_DOCUMENT_TOKEN_TO_BE_REPLACED

It was a chance biography summary of Anna Trapido that made me pick up that she referred to her relationship with the Diners Club Rossouw’s Restaurants 2015 guide in the past tense. A call to her yesterday confirmed that she is no longer writing reviews for Rossouw’s Restaurants, nor working on its 2016 Guide.

Trapido was quick to confirm that the relationship with JP Rossouw, publisher of the Platter’s 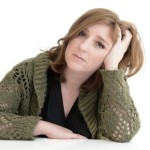 One wonders if Trapido, who comes across as a free-spirit, and not a corporate order-taker, was END_OF_DOCUMENT_TOKEN_TO_BE_REPLACED 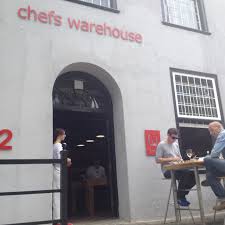 Lander wrote that he found it hard to concentrate on Chef Christo Pretorius’ dishes of a lamb terrine, kingklip, and a milk and honey dessert, whilst eating at Azure at the Twelve Apostles Hotel & Spa, given the breathtaking view onto the Atlantic Ocean: ‘Cape Town’s natural beauty is so striking that it is impossible for any chef to compete‘.  He blamed the lightweight Cape Town restaurant overview on the view! END_OF_DOCUMENT_TOKEN_TO_BE_REPLACED

After a one year absence, the Rossouw’s Restaurant Guide is back, with a new name, new sponsor, new editor, and a new methodology of recognising top restaurants.  Restaurants in Cape Town and the Winelands still dominate the 5-star restaurant list by far, with 13 out of 20 restaurants in the Western Cape, out of 300 restaurants evaluated in total!

Yesterday ‘Rossouw’s by Diners Club International 2015 South African Restaurant Guide’ was launched in Johannesburg, now sponsored by Diners Club, the same company also sponsoring the Platter’s by Diners Club 2015 South African Wine Guide.  Anna Trapido has been the editor for just more than half a year, writing individual reviews about restaurants on their website, and has compiled the new Guide, awarding twenty restaurants with 5 star ratings nationally, another change, as the Rossouw’s restaurants only achieved a maximum of 3 stars in the past, when it was run by previous owner JP Rossouw.  The publication format now matches that of the Platter’s Guide.  A 5-star rated restaurant is defined as a ‘consistently superlative restaurant in its category – with no/almost no issues’!  To obtain a 5-star rating the restaurant had to achieve a score in excess of 90%, errors in food being unbalanced, or wines and foods not matching, counting against a restaurant, for example.  Every element of the restaurant visit, from making the telephonic booking to the departure, was scored.  All meals were paid for by Anna’s reviewers, all largely unknown END_OF_DOCUMENT_TOKEN_TO_BE_REPLACED

*   Cape Town will be jazzing it up on the last weekend of the month, with not only the sold-out Cape Town International Jazz Festival taking place at the Cape Town International Convention Centre from 28 – 30 March, but the inaugural Sounds Fringe Festival will offer 60 performances between 27 – 30 March.  The list of performers includes  The Rudimentals, Spencer Mbadu, Dan Shout, Gerald Clark, Beatenberg, Sterling EQ, Saudiq Khan, Blackie Tempi, and Touchwood. Norwegian trumpeter Arne Hiorth will perform with a choir of 100 singers.  Venues are concentrated around Wale Street, at Mandela Rhodes Place, The Twankey Bar, The Reserve at The Taj, Motherland Coffee Company, The Crypt Jazz Restaurant, the Iziko Slave Lodge, and Inn on the Square. The goal of Festival founder Frank Gormley is to position Cape Town as a city of musical note.

*   Anna Trapido has been appointed as Editor of Rossouw’s Restaurants, the guide started by JP Rossouw but which he cannot continue with due to his duties as recently appointed Publisher of Platter’s wine guide, and will also handle this role for Rossouw’s Restaurants.  Diners Club bought both the Platter’s and Rossouw’s Restaurants guides last year. Trapido is a former Eat Out Top 10 Restaurant judge, and wrote ‘Hunger for Freedom’ about the food which the late Nelson Mandela liked to eat.  (received via media release from Africa Sky)

*   Cape Town restaurant prices are not increasing because there are more tourists in town, but because food prices END_OF_DOCUMENT_TOKEN_TO_BE_REPLACED 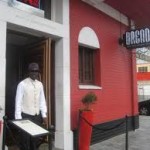 The Sweet Service Award goes to Bread at The Bromwell in Woodstock, and its manager Ivan da Silva, for his service recovery when I had lunch there last Saturday.  I arrived in the deli and bakery section without any staff present, and when a waiter did arrive, he called another colleague who was upstairs at the time, but was meant to man the section.  Ivan listened to my complaint about the unnecessary waiting time.  He also took immediate action when I challenged him on the menu description of the buttermilk pancake with ‘fresh seasonal fruit‘, which was hidden away inside the pancake instead of being on top, and was not fresh at all, being cooked pears and apples. He accepted that the description of the dish was misleading, saying that the fruit was fresh when it was cooked! His staff made a new portion, topped with a beautiful selection of fresh berries, strawberries, apples, and pears! END_OF_DOCUMENT_TOKEN_TO_BE_REPLACED

Twice this past weekend über-nasty Neil Pendock has publicly shared that he has been fired from the Diners Club Winemaker of the Year judging panel, clearly very angry about this, and lashing out at Diners Club, its CEO Ebrahim Matthews, and its management and Board members.

One wonders how precocious Pendock can be surprised about being fired, when he:

*   has attacked the ‘Platter’s South African Wines 2014’ guide and the evaluation of wines in it ever since his services as a wine taster were no longer required.  The Guide is now owned by Diners Club.  He described the Platter’s Guide as ‘a cynical vuvuzela for fashionable wine brands‘!

*   has implied that as a director of Diners Club, Reg Lascaris’ part ownership of Boekenhoutskloof has earned its Cabernet Sauvignon a 5-star rating in the Platter’s guide.  He asks: ‘…is the Reg Lascaris/Diners Club cosy monopoly about to be challenged?’ 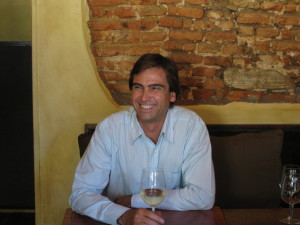 Interesting news is that restaurant reviewer and writer JP Rossouw has been appointed as the publisher of the Diners Club Platter’s South African Wine Guide, taking over from Andrew McDowall, who is retiring.

Rossouw started his career in the advertising industry as a copywriter.  He moved into restaurant reviewing, and has published the annual ‘Rossouw’s Restaurants’ guide for the past ten years, the Platter’s and Rossouw’s guides having many similarities in being judged on the basis of stars, and having a similar format. He wrote about wine for the Cape Times, about wine and food for House & Garden, about restaurants for Mail & Guardian, and currently writes about restaurants for Business Day.